For most of us, the pandemic has meant enforced solitude. But for others, it’s been the chance to go searching for that solitude. And where better to do so than in the Arctic Circle?

In fact, Valentina Miozzo went one step further. She moved to the far north of Norway — within the Arctic Circle — not just mid-pandemic, but just as the 24-hour polar nights were on the horizon. It was a baptism of fire, but one she took to.

“December and January were two months of just darkness,” she says.

Miozzo, from the northern Italian region of Emilia Romagna, had seen her life overturned by the pandemic.

A nature and walking guide, who accompanied Italians on trips abroad, she blogged about sustainable travel in Italy on the side, running popular blog Viaggiare Libera. “Everything was concentrated on tourism,” she says. “My life was always spent on the road — I was away from home about six months a year.”

Until the pandemic hit. Like countless others in the travel industry, Miozzo’s life came to a sharp halt.

Unable to guide, she continued blogging and doing promotional work online. But after Italy had gone through one of the world’s harshest lockdowns, and emerged into summer 2020 with the virus seemingly under control, her feet were beginning to get itchy again.

So when she was approached via Instagram in September, with an offer to go to the Arctic Circle to run a guesthouse, she barely blinked.

“Was I scared? No, I saw it as a beautiful opportunity to visit places I would maybe never have chosen off my own bat,” she says.

“Since I couldn’t do my traveling work anymore, this was a way to travel and to live another reality — in a more static way, of course, but in a part of the world I didn’t know and was fascinated by.”

Within two days, she’d accepted; a month later, she was arriving in Kongsfjord, about 2,400 miles north of her former home near Modena in Italy.

The differences couldn’t be greater. Modena is a city of 185,000 known for its food, Michelin-starred food (Massimo Bottura is based there) and 12th-century cathedral.

Kongsfjord, on the other hand, has just 28 inhabitants and no medieval architecture.

“The nearest supermarket is 25 miles away,” says Miozzo. “The closest hospital is nearly 200 miles, and the airport — obviously it’s a tiny, local one — is 25 miles.

“In winter, there were 75 mph winds and ice everywhere, so it’s hard to get around.” Residents venture out for their grocery shop every week or two — as long as the roads are clear. The route to the airport and supermarket at Berlevåg is a winding, jack-knifing coastal road bordered by cliffs; in bad weather, it’s impassable.

“I didn’t have any expectations — I purposefully didn’t create them as I was curious to discover,” she says. However, she did have an idea of what was in store: “I knew I was going to a very, very isolated place — they’d warned me. I knew it was extreme, and I knew it was in the arctic tundra, but I had never been to Norway.

“Shortly after my arrival, the polar nights arrived.”

Up for anything, though, she wasn’t fazed by 24/7 darkness.

“It was an incredible experience, living two months entirely in the dark. It wasn’t disturbing — in fact, it’s harder to live with the light.”

Yes, that 24/7 sunlight. From mid-May to mid-July, Kongsfjord is bathed in the midnight sun. “There’s no sunset for two months, and the body doesn’t accept that it’s nighttime when the sun is out, so it’s harder to sleep,” she says.

“But other than that, it’s not annoying; in fact, it’s a beautiful way of life.”

In fact, she says the extreme weather taught her something extremely important.

“When I went to hot countries, you take energy from outside, from others, from the climate, the atmosphere. You’re interacting with other people, and there’s the sun.

“When you find yourself in a place like this, completely isolated, what you learn to do is to find energy in yourself. And it’s an amazing discovery — especially when there’s no light for two months and you need to wake yourself up.”

So what kind of people choose to live such an extreme way of life?

Miozzo calls the 28-strong population of Kongsfjord “multicultural,” with Germans, Latvians, Italians and Thais all living together with locals, and communicating in English. “They were all really welcoming, and lovely to me,” she says.

She bonded especially with another Italian woman working at the B&B, Eugenia, and says that, despite the cosmopolitan population of Kongsfjord, some things didn’t change. “Maybe it’s a stereotype that we Italians tend to be much louder and gesticulate as we talk, and they don’t. I definitely noticed [a difference in] our communication style.”

A place unlike anywhere else

It’s not the first time Miozzo has spent extended periods abroad — she spent three years in London 18 years ago. But more recently, she’s concentrated more on hotter climates, spending three months in each of India, Indonesia and Senegal, as well as a year in Southeast Asia. Which makes her decision to hit the Arctic even more surprising.

But she says it’s impossible to compare the Arctic with anywhere else, because it simply isn’t like anywhere else. In fact, she says that northern Norway is a different world from the south of the country.

“The climate, light, the dark — it’s all different. Here, it’s real tundra. Trees don’t grow — it’s a really wild landscape. We have red and arctic foxes, and there are reindeer everywhere.

“There are whales, dolphins, orcas, and lots of seabirds — it’s known for its birdwatching. And there are seals, which are lovely.

“I haven’t lived in Norway. I’ve lived in the Arctic tundra.”

The tundra was also covid-free. There has yet to be a single case of Covid-19 in Kongsfjord — and while cities in Norway were under restrictions, the extreme isolation in the village meant that life could carry on as normal.

“I didn’t wear a mask for seven months,” says Miozzo.

The opening up of travel as the pandemic gets under control worries Miozzo.

“Before the pandemic there was a kind of tourism linked to exhibitionism, and your presence on social media,” she says.

“You needed to show you’re abroad, so you’d do a selfie with a tiger or an indigenous person. Travel was losing its significance as an instrument of personal growth, of self discovery.

“And social distancing is all about fear — not just of being infected, but of infecting, too. So it will definitely influence the interactions we’ll have with people in a place now. Things like hugging are a part of normal human interaction so we’ll be doing that less, and we’ll try another way to communicate, and to transmit our interest in another culture,

“It’ll definitely change our way of traveling, but we’ll have to see exactly how.”

As a sustainable travel blogger, she has been pushing slow tourism since 2007 — and she hopes that another side effect of the pandemic will be that we take longer, and move slower, when we travel. And she thinks the way we see natural and outdoors tourism might change.

“We should have have more awareness of how powerful nature is now that we’ve seen it in the pandemic, and that should make us think of humans as an integral part of nature, not something to go see like a museum, or just use it,” she says.

“Rather, we should be in contact with it, respecting it, preserving it. Saving it.”

Miozzo’s official stint at the guesthouse ended two months ago, but her time in the Arctic made such an impression that she stayed on in Kongsfjord, renting a house instead. “It’s been beautiful staying here,” she says. But now she’s gearing up to leave — at least temporarily.

Not that she’s going back to Italy. Instead, she’s bought a car along with Eugenia, and they’re heading due north to the ultra-remote Svalbard archipelago — the northernmost year-round inhabited settlement on the planet, sitting just 650 miles below the North Pole, where humans share the streets with polar bears. After a month traveling there, they’ll head south to the Lofoten islands, where they’ll work in another guesthouse.

And after that? “I’ve created beautiful relationships and solidarity with the people of Kongsfjord — it’s like we’ve created a family, I’m linked to them now — so I’ll definitely return in the future to visit,” she says.

By the fall she sees her guiding work returning, so she’s thinking of going back to Italy. Although as she says it, she sounds torn.

“In reality I don’t know — anything could happen,” she says.

“I chose my career for this reason — I can work by traveling. And I’ve always left doors open to what life was offering.” 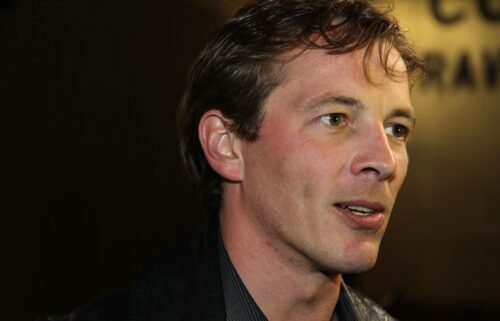