There’s a lot to love about travel. Experiencing a new culture. Eating great food. Staying in top notch hotels… and landing in a new airport.

Of course, not all airports are created equal. Some have incredible amenities. Some provide easy access into town. Some make connections a dream.

And some have truly dreamy approaches.

There are plenty of spectacular landing strips around, but often the best known are located in out-of-the-way destinations. So here we’ve put together some of the most beautiful approaches in major destinations — along with which side of the aircraft you should sit to best appreciate them.

Roller coastering over hills, backed by lush mountains, and fringed by slashes of sandy beaches and the Atlantic Ocean beyond, Rio has one of the most naturally beautiful settings in the world.

Not only is it in the city center, but it’s right in Guanabara Bay, on reclaimed land, making for incredible views as you come in or out. Try the right hand side for a glimpse of Rio’s icons, including Sugarloaf Mountain.

You’d expect a spectacular approach into the Maldives; and that’s what you get here at Velana International Airport, just offshore from Malé on the island of Hulhulé.

When it was first built in the 1960s, it had a runway made of steel slats; these days it’s a standard asphalt surface, though there’s nothing standard about the views of the atoll-sprinkled Indian Ocean as you come in to land.

From the air, Venice looks like a fish, swimming towards the mainland with its tail flapping against the Adriatic Sea. You don’t see that from the ground, but you do as you come in to land at Marco Polo airport, due north of the city center on the mainland.

Sit on the right of the plane and you’ll see the city unspool beneath you, from the MOSE flood barriers and Lido island to the terracotta roofs, stocky belltowers and even flashes of the Grand Canal. In the last few seconds of the flight you’ll see Burano and Torcello islands, before landing amid the salt marshes of the north lagoon.

Swaddled by two oceans — the Indian and Atlantic — and with Table Mountain looming up behind, Cape Town is up there with Rio de Janeiro for a spectacular natural setting.

Sit on the right hand side and, if you’re on a northwestern approach, you should fly past Table Mountain, poking out above the clouds. You might also glimpse Simon’s Town on the Cape peninsula, or fly straight out over the ocean and back at the city — in which case, you’ll have water views on either side.

With its mixture of coastline and hills, San Francisco is up there with Cape Town and Rio for knockout natural beauty, and you’ll get views aplenty landing at SFO.

It’s best at take off, when the left side can often net you views of the city and Golden Gate Bridge before you bank east. On landing, either side should give you water views — with glimpses of the ocean to the left and the Bay Area to the right.

There are few better ways to make an entry onto the Med than with a landing at Genoa’s airport, whose runway is a peninsula of reclaimed land dandling on the Ligurian Sea, just outside the city center.

Which side to plump for depends whether you’re a fan of sea or city views: to see the brightly colored houses of Genoa city center spooling down the cliffside, with mountains rearing up behind them, sit on the right; if you prefer the glistening Med, and the feeling of landing on water, pick the left — you’ll see the tarmac just before you hit it.

Sit on the right for the city, the left for water views

Heathrow airport may be a way outside London’s city center, but if you’re flying in on the often used eastern approach, you’ll get a bird’s eye view of the UK capital on the right hand side as you swoop over its landmarks on final approach.

You’ll follow the Thames through central London, past Greenwich and Canary Wharf, over London Bridge and St Paul’s, and finally past Buckingham Palace and the royal parks which surround it. You’ll glimpse Wembley Stadium right before touchdown. Another, less used approach goes over Windsor — although the best views for that are from the left.

Rwanda is beautiful from the air, and the descent into capital Kigali shows off the country at its best.

Crossing over from the Democratic Republic of Congo into Rwanda, you’ll descend over lush green hills, speckled with houses and red streaks of the local earth roads — all backed up by mountains in the distance for added drama. On the right side, you should glimpse Lake Kivu, which acts as the border between Rwanda and the DCR, before descending over the hills.

Like Genoa along the coast, and Santos Dumont in Rio, Nice’s airport is built on water, with the runway on reclaimed land. From the left hand side, you’ll likely glide past the Côte d’Azur coastline as you come in, while on the right you’ll see the glittering sea. Sitting on the left for take-off should net you views of Monaco, too.

The world’s largest Portuguese-speaking city, with a whopping population of 12.3 million, São Paulo can feel intimidatingly huge on the ground, but flying in is a different thing entirely.

Take an evening flight to see the ultimate urban landscape rolling out below you — a galaxy of lights beaming so strong that even in cloud cover, those same clouds gleam as if they’re alive. Wherever you sit (as long as it’s not over the wing) you’ll have a sparkling view.

Nervous fliers might want a drink before they commence their descent into Innsbruck. The main airport in Austria’s Tyrol region, it’s cocooned by mountains on all sides — mountains the planes must clear on final descent before making it into the valley to land.

Having said that, it’s a spectacular entrance — particularly in winter, when those same mountains are dusted in snow. Either side’s spectacular, though down in the valley, the mountains on the left, dotted with villages,are arguably more interesting to look at.

The weather is the main issue flying into the main airport on New Zealand’s South Island — and means you may barely get a view at all.

But if the clouds are playing ball, landing here means spectacular views of the Southern Alps. The left side should give you the best views of the mountains and the South Island’s coast unfolding ahead of you.

Hong Kong International Airport (also known as Chep Lak Kok) is built on reclaimed land in the South China Sea, so you already know it’s going to be another great landing. Visibility tends to be not great, but you’ll still have superb views of the South China Sea and its islands as you get below cloud level.

You’ll swoop over container ships, fishing boats and junks, before descending close to Lantau island (usually on the right) and onto the tarmac.

If snowcapped mountains are your thing, this is the destination for you. You’ll have ravishing views of the Andes as you come in towards Santiago, giving way to arid hills and then the plains, those mountains rearing up in the distance, as you come into the basin to land.

Stay on the left side to keep the Andes in sight all the way down.

Sit on the right of the plane and look north as you come into land at Sin City for spectacular views of the famous Strip. Make it an evening flight to see the neon lights at their finest, or fly in during the day for views of the never-ending Mojave desert surrounding it.

You’ll usually approach over Lake Mead and the Hoover Dam, while take-offs whisk you over the sandstone ‘hills’ of Red Rock Canyon. 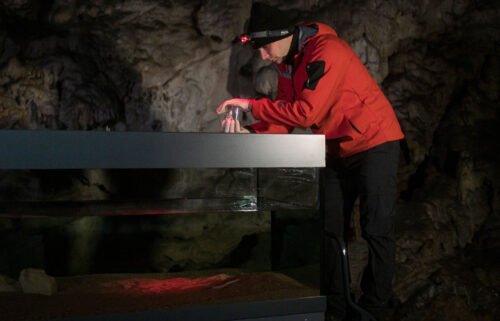 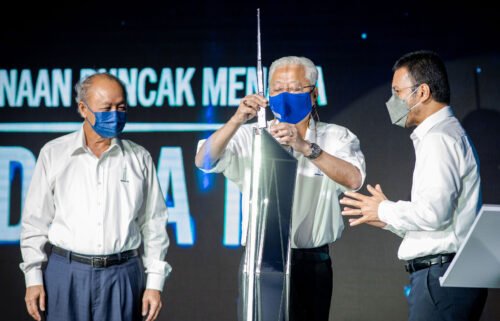 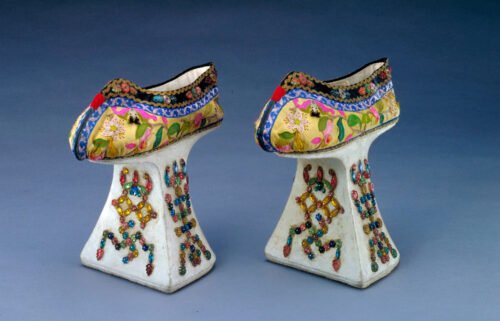