HORIZON CITY, Texas-- Family of 4-year-old Mia Chehade has asked the community to help in joining them for a ‘Strong like Mia’ parade, just days before she is set to go into kidney surgery.

Since birth, Mia has been diagnosed with polycystic kidneys and has been no stranger to the hospital. From visits to surgeries, her mother Krystal Rivera said she has always been a fighter.

"It brings us so much strength because you see her there suffering and yet she's still like I'm okay,” said Rivera.

Young Mia is set to get surgery on Sept. 15, to remove the right kidney and after she recovers, they will go forward with the kidney transplant.

As her parent, Rivera could not be more happy to be the one to donate her kidney.

To keep her spirits high, the family decided to post on Facebook and invite the community for a parade, but Rivera did not expect such overwhelming support.

“I've been letting people know, like share it but I never imagined it to be what it's going to be, I never thought that it would turn into something so big," she said.

Rivera said there are as many as 100 people accounted for including the Horizon Police Department, car clubs and other organizations that are ready to help.

“We want Mia to smile, we want Mia to feel happy, we don't want her to think about anything that's going on we want to actually invite other truck clubs, car clubs, lowrider clubs, anybody just to pass by make her feel special,” said Michael Diaz, a member of the Ideal Off-road Club.

The ‘Strong like Mia’ parade will take place Sunday, Sept. 12 with the meet up starting at 3:15 pm at Pets Barn located at 13650 Eastlake Boulevard in Horizon City.

"We don't want any kind of money, nothing like that... we just wanted to show her we are behind you 100-thousand percent and look at all these people that don't even know you and they're here supporting you, you could do it," said Rivera. 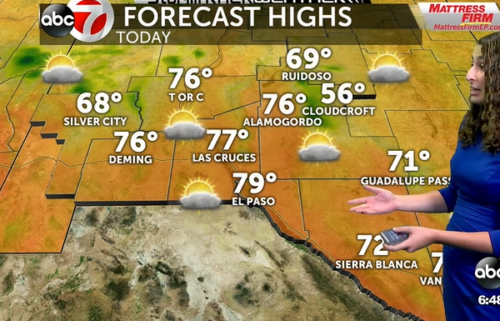