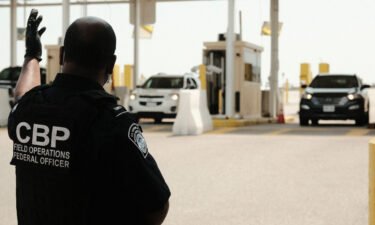 Vaccine advisers to the US Food and Drug Administration meet Thursday and Friday of this week to tackle the next round of questions about booster vaccines for Covid-19 — and they’ll see the first trickle of data on mix-and-match boosters.

On Thursday, they’ll focus on Moderna’s application to add a booster dose to its two-dose vaccine schedule. On Friday, they’ll consider Johnson & Johnson’s request for boosters.

Only after they’ve decided those two questions will members of the FDA’s Vaccines and Related Biological Products Advisory Committee, or VRBPAC, turn to mix-and-match boosters. It’s been one of the biggest ongoing questions about vaccines since three different products hit the US — is it safe, and even desirable, to mix different vaccine types?

Researchers have been trying a variety of combinations.

“We first started off looking at people who have previously received Johnson & Johnson, Moderna and Pfizer and boosting those with an additional dose of Moderna vaccine,” Dr. Angela Branche, an assistant professor at the University of Rochester School of Medicine who is helping run some of the clinical trials mixing booster doses, told CNN. The researchers have also tried boosting volunteers with Pfizer’s and Johnson & Johnson’s vaccine.

Mixing boosters can produce a robust immune response, the National Institutes of Health-study team report in a preprint study online Wednesday. The study, which included 458 people, has not yet been peer-reviewed or published.

Regardless of which vaccine people got first, adding a booster brought antibody levels to levels that could be expected to provide 90% protection or higher, the researchers reported. For the J&J vaccine, that wold be higher than the efficacy seen in original trials.

“Our study has limitations. It was not designed to directly compare responses between different booster regimens,” the researchers cautioned.

The study also found it appears safe for people to get a booster of a different brand or even type from their original dose.

Side effects were similar to what people experienced with the initial shot. Half of the study participants experienced some effects including pain at the injection site, tiredness, nausea, chills, headache and muscle pain. Most symptoms were felt one to three days after the booster. None of the side effects were serious.

Which boost is best?

Discussion during the meeting will include whether there is a difference in the quality and quantity of the antibodies generated with boosting someone with a different type of vaccine — and whether waiting a different length of time matters.

Pfizer was given emergency use authorization for a booster dose of its vaccine last month for certain people who are at least six months out from their initial two doses.

Moderna has worded its authorization request to mirror the EUA granted to Pfizer. It’s asking for EUA for a half-dose, but for a booster in people who got their first two doses at least six months ago and who are either 65 and older, at high risk of severe Covid-19 or those whose exposure at work or in their setting puts them at high risk of serious complications from infection.

Moderna has far less data than Pfizer did showing that immunity from its vaccine is waning. In fact, several studies have indicated Moderna’s vaccine provides somewhat stronger protection than Pfizer’s does.

One head-to-head study led by the US Centers for Disease Control and Prevention found Moderna’s vaccine was slightly more effective than Pfizer’s in real-life use in keeping people out of the hospital.

Does immunity wane with Moderna’s vaccine?

FDA staff were circumspect in documents posted ahead of Thursday’s meeting. “Some real world effectiveness studies have suggested declining efficacy of Moderna COVID-19 Vaccine over time against symptomatic infection or against the Delta variant, while others have not. However, overall, data indicate that currently US-licensed or authorized COVID-19 vaccines still afford protection against severe COVID-19 disease and death in the United States,” they wrote.

“There are many potentially relevant studies, but FDA has not independently reviewed or verified the underlying data or their conclusions.”

As with Pfizer’s application, Israeli researchers will brief on what’s been happening there. Israel has been doing in-depth studies on waning immunity, although most people in Israel have received Pfizer’s vaccine. Dr. Sharon Alroy-Preiss, director of public health services at Israel’s Ministry of Health and Ron Milo, a professor at Israel’s Weizmann Institute, both of whom spoke in support of Pfizer’s booster application, are scheduled to speak to VRBPAC Thursday.

The committee will vote on Moderna’s application and is scheduled to adjourn by 4:45 p.m. ET Thursday.

Johnson & Johnson has been less precise in its application for booster doses.

The company has said it wants to leave the details up to the FDA.

“Based on the recent data, it can be assumed that the administration of the booster dose will result in increased protection against symptomatic infection, increased strength and breadth of immune responses against current variants, and increase of the magnitude of protection against severe disease across populations,” the company says in its application.

“The booster dose can also increase the probability of protection against future variants of concern. A booster dose is recommended at 6 months or later, based on the strength of the immune responses, although a booster dose may be administered as early as 2 months. The need for a booster dose and/or its timing will depend on the local/epidemiological situation and the needs of individuals/specific populations.”

The FDA said it has not had time to verify J&J’s analysis and would be asking the committee to decide whether the company had submitted enough information to recommend boosters at either two or six months.

The committee is scheduled to vote by 3:15 p.m. ET on Friday on the question of whether to recommend authorizing a booster dose of Johnson & Johnson’s Janssen vaccine, and if so, for whom and when.

“In general, the longer you wait, the better the boost will be,” Dr. Dan Barouch of Harvard Medical School and the director of the Center for Virology and Vaccine Research at Beth Israel Deaconess Medical Center told CNN. Barouch is scheduled to speak to VRBPAC on Friday.

The committee will reconvene at 3:30 p.m. Friday to discuss the question of mix and match boosters — although a vote is not scheduled on that question.

Rochester’s Branche said she thinks the data may indicate that mixing vaccine types for a booster might offer an advantage.

But Barouch, who has also been studying mixed booster doses, said there’s not enough data yet to say.

“I do think that there’s a lot of potential for mix and match regimens, but the data sets to date are very small,” he told CNN.

Both Moderna and Pfizer use mRNA technology — genetic material called messenger RNA delivered directly to cells to instruct the body to make little pieces of the virus to stimulate an immune response. The Janssen vaccine is a vector vaccine, using another virus called an adenovirus that’s crippled so it cannot replicate, to carry in pieces of the coronavirus to stimulate the response.

“I think the data will show that boosting is certainly likely to be very effective in conferring additional and longer protection,” she said. 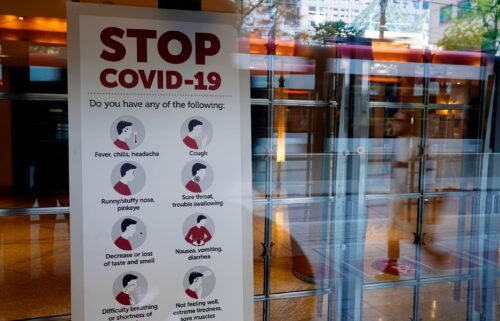 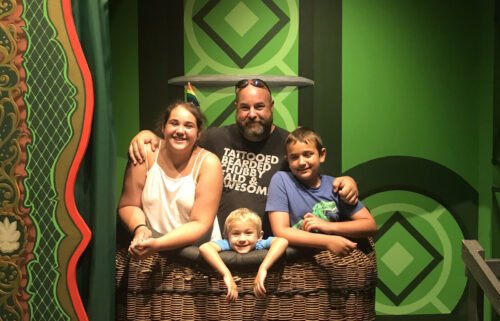 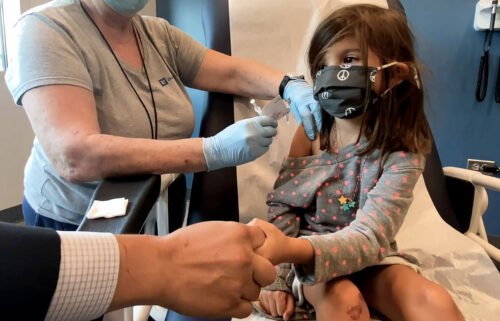