Most students are on their second week of school, with the exception of a 13-year-old El Paso girl who has yet to attend her eighth grade class. Her mother, Melissa Quintero said it’s because the DaVinci School for Science and the Fine Arts is denying her daughter’s service dog.

This would have been the first year Evalynn Quintero attended DaVinci. To be in school, Evalynn must be accompanied by Oreo her service dog. She wants to protect her daughter’s disability, but says she suffers from anxiety and having a dog there provides a calming presence.

Quintero was told the Saturday before school started, her daughter’s service dog would not be allowed on campus.

“He gives me comfort,” Evalynn said. “If I start getting nervous he’ll sit on my lap.”

Undaunted by the school’s denial, Quintero said she called the police who offered to escort her daughter and Oreo on campus.

“The police officer explained the federal law to them and said legally it is her federal right,” Quintero said.

Federal law defines service dogs as “any dog that is individually trained to do work or perform tasks for the benefit of an individual with a disability, including an intellectual or mental disability.” The Americans with Disabilities Act says entities “that serve the public generally must allow service animals to accompany people with disabilities in all areas of the facility where the public is normally allowed to go.”

But both Quintero and the officer were told DaVinci’s policies against dogs trumped federal law. When asked about the policy, Superintendent Debra Crinzi said she couldn’t go into details due to student confidentiality. But said the schools do follow all state and federal guidelines regarding the delivery of education to all students.

“It makes me wonder where their minds are at,” Quintero said. “I mean there supposed to be there for the kids.”

Quintero is now looking for an alternative school for Evalynn. She said she’s looking into suing the school for violating her daughter’s rights. 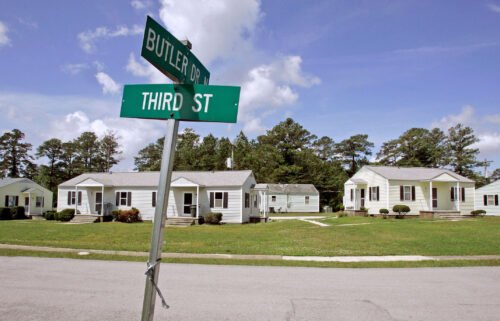