This week was supposed to be a time for the Eastwood football team to focus and prepare for a big game Thursday near Dallas.

But now Trooper Nation is in mourning following news of the death of Eddie Cruz, a former star wide receiver for the Troopers.

Cruz, 18, graduated from Eastwood back in June and was currently playing football at Western New Mexico University.

A tweet by the New Mexico State Police department only stated that dive teams were searching for an 18-year-old who went into the water at 3 p.m. and never returned.

Cruz was loved by his fellow teammates, some of whom are still on the team at this time.

Eastwood is scheduled to play Plano Senior High School on Thursday, at the Ford Center at the Star in Frisco, which is just outside Dallas.

It’s a game that has garnered a lot of media attention after the Plano Independent School District Superintendent decided to cancel the game because of safety concerns following the mass shooting at an El Paso Walmart.

The district received major backlash for the decision, but later reversed course after El Paso city leaders and the Dallas Cowboys organization proposed playing the game at The Star instead.

The Eastwood football team realized heading into Thursday’s game that they were playing for an entire city, and now they’re also playing for a beloved teammate.

ABC-7 will be airing the Eastwood vs. Plano game live at 6 p.m. on Thursday. 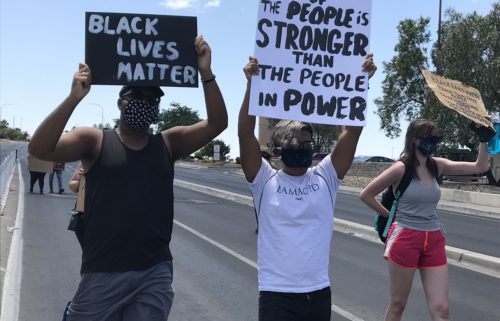