A Chinese woman who allegedly paid $400,000 in bribes to get her son into UCLA as a fake soccer recruit was arrested in Spain as part of the sprawling college admissions scam, federal prosecutors said Tuesday.

Xiaoning Sui, 48, of Surrey, British Columbia, Canada, was arrested in Spain on Monday night and charged in an indictment with conspiracy to commit mail fraud and honest services mail fraud. Prosecutors said in a statement they are trying to extradite her from Spain to Boston to face charges.

Sui is the 52nd person and the 35th parent to be arrested as part of Rick Singer’s international scheme to game the college admissions system. The indictment states that Singer explained in an August 2018 phone call that Sui’s son could be “guaranteed” admission to UCLA in exchange for $400,000.

Over the next two months, Sui allegedly gave Singer her son’s transcript and photos of him playing tennis, prosecutors said. Another co-conspirator, Laura Janke, then created a fake soccer profile for Sui’s son — featuring a photo of a different person — that described him as a top soccer player for two private clubs in Canada, the indictment says.

Through a translator, Singer told Sui to wire him $100,000 on October 24, 2018, which would then be “paid to the coach at UCLA” in exchange for a letter of intent from the men’s soccer coach, prosecutors said.

Sui’s son was approved for admission as a recruited soccer player in November and was even awarded a 25% scholarship. In February, Sui wired $300,000 to Singer’s sham charity to complete the deal, the indictment states.

Janke, the former USC assistant women’s soccer coach, pleaded guilty to racketeering conspiracy in May. Her main role in the scheme was to create fake athletic profiles that made the children of wealthy parents appear to be talented athletes, prosecutors say.

Salcedo has pleaded not guilty to racketeering conspiracy.

Of the 35 parents arrested in the admissions scheme, just one has been sentenced so far. Actress Felicity Huffman was sentenced to 14 days in prison last week. 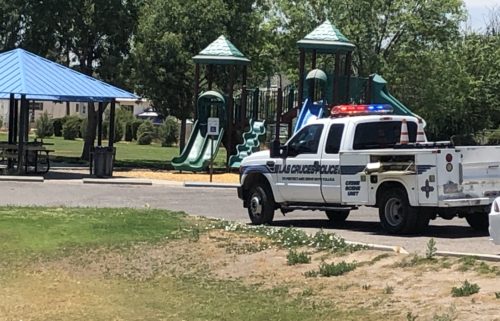