A 63-year-old man died after being stabbed repeatedly Wednesday night in the Cincinnati Entertainment District, according to the El Paso Police Department.

Investigators said Chester Charles Woodward was murdered at the Sun Metro stop at Stanton Street and Cincinnati Avenue at 10:44 p.m.

Sgt. Enrique Carrillo indicated Woodward was found on the ground lying next to a bus bench with multiple stab wounds.

Woodward was rushed with life-threatening injuries University Medical Center, where police said he died about 3:30 a.m. on Thursday.

Friends of the victim told ABC-7 that Woodward was a longtime local musician who was a fixture in the neighborhood. The friends said the victim had enjoyed a night out at one of the district’s bars when he was mugged for his money and had his throat slashed, although police did not immediately confirm those details.

Police had not made any arrests in the case as of Thursday afternoon and asked any witnesses to come forward by contacting Crimes Against Persons detectives at (915) 212-4040 or report an anonymous tip to Crime Stoppers at (915) 566-8477. 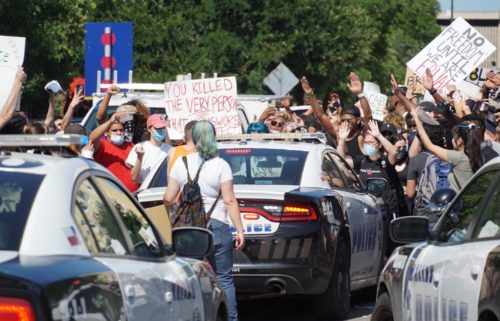