We hope you rolled out the welcome mat, because our solar system’s second-ever observed interstellar visitor is here — and it has a name!

The notion that has floated around some Democratic circles since the day Donald Trump was inaugurated, through months of Mueller report drama and endless cycles of controversy, was brought to light yesterday when Speaker Nancy Pelosi announced the House will open a formal impeachment inquiry into the President’s conduct. The move was made after Trump admitted to withholding aid to Ukraine before a scheduled call to Ukrainian President Volodymyr Zelensky. In that call, Trump pushed Zelensky to look into dealings involving the son of his possible 2020 rival, Joe Biden. Trump insists the two things aren’t related, and the White House as soon as today is expected to release a transcript of the Zelensky call and a whistleblower’s report related to it.

So, what happens now? Usually the inquiry would go to a full House vote, but Pelosi has told the six House committees already investigating Trump to proceed “under that umbrella of impeachment inquiry.” They will decide whether the President has committed any “impeachable offenses,” defined as “Treason, Bribery, or other high Crimes and Misdemeanors.” That could mean a whole lot of things, or nothing at all, so expect this part to be extremely contentious. Any articles of impeachment would be subject to a House vote followed by a Senate trial. Ultimately, there’s a whole ocean between impeachment and removal from office, especially since Republicans control the Senate. In opening this chapter, Pelosi said: “The President must be held accountable. No one is above the law.”

Oh, and on top of it all, Zelensky and Trump are scheduled to have their first face-to-face meeting today on the sidelines of the UN General Assembly. There could certainly be a lot to talk about.

Before the impeachment news rocked the political sphere, President Trump singled out a very different adversary: Swedish climate activist Greta Thunberg. After the 16-year-old’s fiery speech Monday at the UN, Trump responded to a video of her with a seemingly mocking message: “She seems like a very happy young girl looking forward to a bright and wonderful future. So nice to see!” Thunberg ended up using his words in her Twitter bio. Meanwhile, Fox News apologized to the teen after conservative pundit Michael Knowles called Thunberg “a mentally ill Swedish child who is being exploited by her parents and by the international left.” The show’s other guest and host both admonished Knowles on air. Thunberg has Asperger’s and has said her diagnosis is a “superpower” that helps her activism.

Zimbabwe’s water crisis just got more desperate. The main water treatment plant in the capital city of Harare was shut down Monday, leaving 1 million people without tap water. Authorities are now scrambling to secure water purifying chemicals to keep up with the need for clean water, and people have resorted to digging makeshift wells on their property. Zimbabwe was hit by a severe drought between October 2018 and May. Besides the water crisis, the UN food agency says more than 2 million Zimbabweans face starvation.

The US Navy has confirmed that three sailors assigned to the USS George H. W. Bush aircraft carrier off the coast of Virginia died by suicide in “separate incidents” last week and has launched an investigation into their deaths. None of the deaths seem to be related, and the sailors all worked in different departments. Five sailors who were assigned to the carrier have died by suicide in the last two years. The Marine Corps and the Navy have been dealing with a spike in suicides recently. The number of confirmed and suspected suicides among the active duty ranks of the two branches reached a 10-year high in 2018. After last week’s deaths, Capt. Sean Bailey, commanding officer of the USS George H. W. Bush, called for the naval community to come together “to grieve, to support each other, and to care for those in need.”

Opera legend Plácido Domingo has severed his artistic relationship with The Metropolitan Opera in New York after a series of sexual misconduct allegations against him. According to the Met, the decision, which ends a 50-year professional relationship, was mutual. Domingo’s image was removed yesterday from the “Macbeth” page on the Met Opera’s official website. The show was set to open today, with Domingo in the lead role. In August, the Associated Press reported that nine women detailed alleged incidents of sexual harassment spanning three decades beginning in the late 1980s. In September, 11 more people came forward with allegations that included verbal harassment and groping.

Gmail is rolling out a black-background ‘dark mode’

A must for anyone whose bedfellows don’t approve of their late-night email scrolling habits.

You still probably shouldn’t make that case to your boss.

A). Thankfully, no one was hurt. B). That must have been some walrus.

Is it bad that we kind of want one?

The number of illegal vaping cartridges seized from a Minnesota home in what authorities say is the largest haul in the state’s history. The cartridges were worth a combined $3.8 million. Their discovery follows a multistate outbreak of lung injuries associated with vaping.

This guy walks us through every step in making an engagement ring, and the journey is just as neat as the end product. (Click here to view.) 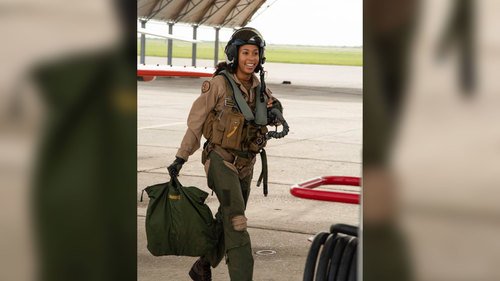