Splinter, the news and opinion site originally known as Fusion, is shutting down.

Parent company G/O Media announced Thursday that it is laying off the site’s seven-person staff and plans to “reallocate” the headcount to its other sites, according to internal memos.

In an email to editorial staff on Thursday, G/O Media editorial director Paul Maidment attributed the decision to “finite resources.”

“This was a strategic and particular decision about where we allocate finite resources, and not one taken lightly. It does not reflect on the hard and committed work of [Splinter editor-in-chief Aleksander Chan] and his team that produced distinctive journalism with a real voice in a highly crowded space,” the email read.

Splinter’s shutdown is the latest drastic change that the new leaders at G/O Media have made to the group of sites formerly known as Gawker Media, which went bankrupt after wrestler Hulk Hogan sued and won a $140 million judgement from a Florida jury. Hogan later struck a confidential settlement agreement with Gawker. It was revealed that billionaire Peter Thiel funded the lawsuit.

Splinter launched in July 2017 when Univision owned the old Gawker assets, then known as Gizmodo Media Group. Univision sold the the group to a private equity firm, Great Hill Partners, in April.

Maidment elaborated on the reason for Splinter’s shutdown in a separate email sent to all staff shortly after the first.

“Despite the hard work of everyone on that staff, which has produced much outstanding journalism and great scoops, establishing a steady and sustainable audience for a relatively young site has proved challenging in a fiercely competitive sector,” the email read.

A G/O Media spokesperson sent that memo to CNN Business but declined to comment further on the decision.

The staff at Splinter received a calendar invite Wednesday evening to a 10 a.m. meeting on Thursday. A Splinter staffer told CNN Business that the team was told in that meeting the shutdown was not related to performance but that getting to “viability” would have taken years of investment.

“As of today, Splinter will cease publication,” Chan, Splinter’s editor-in-chief, tweeted. “It has been my greatest honor to have been the editor of this site and I will love this staff to my dying breath. Thank you to all of our readers, fans, and haters—it’s been a thrill. Further details TK. Splinter forever.”

Staffers of G/O Media are unionized through Writers Guild of America East.

“Right now, the seven members who lost their jobs are working with the Writers Guild of America, East to negotiate contract-protected severance and figure out next step,” the GMG Union said in a memo that it tweeted. “Splinter did the kind of fearless and adversarial journalism that represents the very best of our sites.” 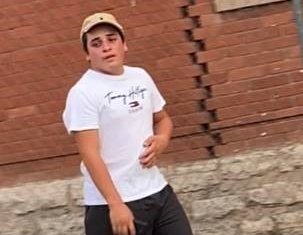