EL PASO, Texas -- Joe Biden's campaign debuted its first general election television ad in El Paso on ABC-7 over the weekend, dipping its toes in a state long considered a Republican stronghold and one that's seen an uptick in Covid-19 cases in recent weeks.

The spot, airing across parts of Texas, makes no mention of President Donald Trump by name, but Biden advisers intend for the ad to draw a stark contrast with the president's handling of and messaging around the coronavirus pandemic.

"I'm thinking of all of you today across Texas. I know the rise in case numbers is causing fear and apprehension. People are frightened. They're especially worried about their parents, their grandparents, loved ones who are most at risk," Biden said in the spot airing in the Lone Star State.

Looking directly into the camera, the presumptive Democratic nominee says, "This virus is tough, but Texas is tougher."

In the ad, Biden encourages people to take specific steps -- including wearing masks, hand washing and social distancing -- to help stop the spread of the virus.

"We can stop the spread but it's up to all of us to do it. We have to step up and do both the simple things and the hard things to keep our families and our neighbors safe. Wear a mask. Wash your hands. Stay home if you can and socially distance when you go out," Biden says.

"I want every single American to know -- if you're sick, if you're struggling, if you're worried about how you're going to get through the day, I will not abandon you," Biden says. "We're all in this together. We'll fight this together, and together we'll emerge from this stronger than we were before we began."

The spot ends with a photo of Biden wearing a black mask next to the words, "Stay safe wear a mask."

Meantime, the Democratic National Committee over the weekend also began running an ad on cable TV in El Paso and elsewhere in Texas called “Wolves,” aimed at senior citizens. The ad criticizes President Trump for mismanaging the Covid-19 response and jeopardizing the lives of older Americans.

It’s been at least two decades since a major political party has run TV ads targeting El Paso voters in a general election presidential race. Candidates have advertised in El Paso during primaries, but general election ads on El Paso TV stations and cable systems have been targeted at voters in neighboring New Mexico because that state is a frequent battleground.

No Democrat has carried Texas since Jimmy Carter in 1976 and Republicans in recent decades have won the state’s electoral votes by double-digit margins.

Recent polls have shown Biden close to or even leading Trump in Texas, which has tempted Democrats to target the Lone Star State. There is virtually no way a Republican can win the White House while losing Texas.

Biden has promised to contend in Texas, which Trump won by 9 percentage points in 2016, the smallest margin for a GOP nominee in the state since 1996.

The Trump campaign has brushed off the threat of Biden in Texas, citing his lack of resources in the state - and casting doubt on the polls.

"With next to no staff in the Lone Star State, Joe Biden’s last ditch effort to parachute into the state will not be enough to overcome our presence in Texas," Trump campaign spokesperson Sam Cotten said in a statement.

Added Texas intensive care unit physician Robin Armstrong, who sits on the Republican National Committee: “(Trump) polls low, but in the privacy of the voting booth, his numbers will go up considerably." 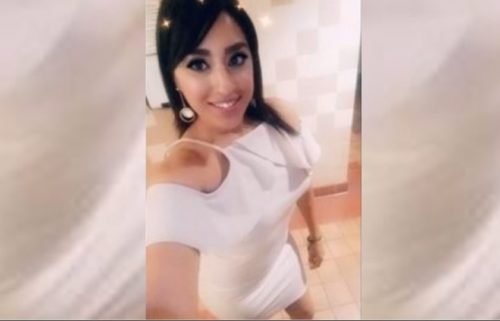