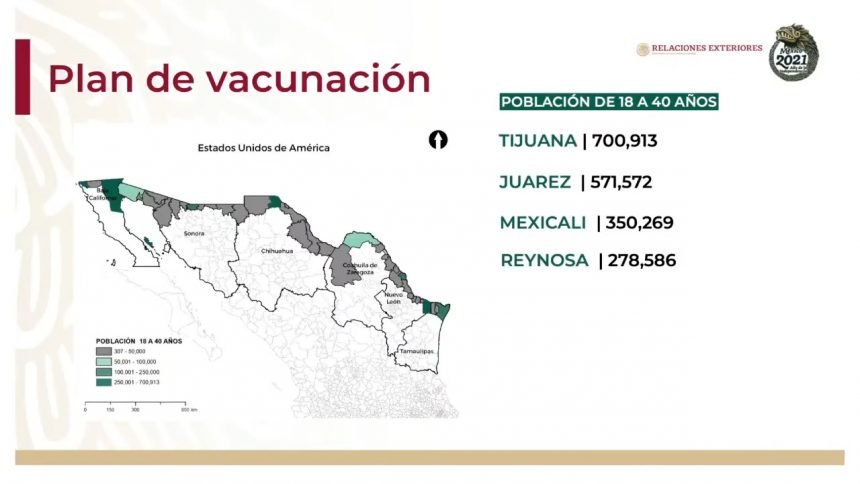 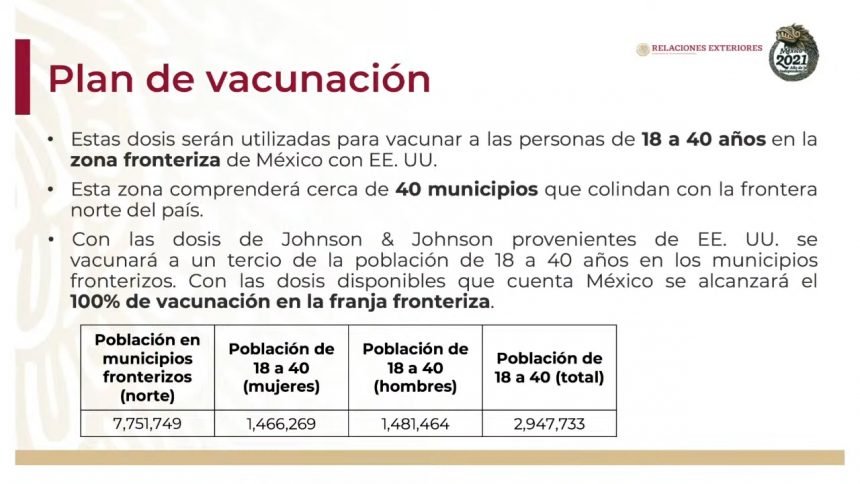 CIUDAD JUÁREZ, Mexico -- Mexico announced Friday a plan to vaccinate border cities against Covid-19 in the hopes of ending crossing restrictions this summer.

The president said the doses will be used to vaccinate people in all 39 border cities, or municipalities, in Mexico -- which includes Ciudad Juárez. López Obrador said this will be in an effort to end the border crossing restrictions that have been in effect since March of 2020 due to Covid-19.

Mexico's Secretary of Foreign Affairs Marcelo Ebrard posted on Twitter that he hoped this plan would allow for the border to be fully reopened by June or July. Ebrard said Mexico will also contribute nearly two million doses of its own for this vaccination plan.

The Johnson & Johnson vaccines will be administered to people 18 to 40 years old. Officials did not say exactly when the shots will be offered.

The Johnson & Johnson vaccine only requires a single shot.

"The purpose is to vaccinate at the same level as the U.S. and accelerate the reopening of activities between Mexico and the U.S., which hasn't been possible because we don't have the same standards or the same number of people vaccinated," Ebrard said in a news conference. "We think the U.S. will agree to resume activities with these sanitary conditions."