The nation’s second-largest bank said Wednesday it managed to narrowly grow lending profits despite the recent plunge in interest rates.

Despite concerns about diminished corporate confidence, Bank of America reported a 6% jump in average loans and leases from businesses.

American households also continued to borrow, another positive sign for the economy. Bank of America’s consumer banking division reported a 7% jump in loans. Deposits grew by a solid 3%.

“The US economy is still in solid shape,” CEO Brian Moynihan said during a conference call with analysts.

Overall third-quarter profit at Bank of America dropped 21% because of a $2.1 billion impairment charge linked to the termination of a merchant services joint venture. Excluding that charge, Bank of America earned 75 cents a share, topping estimates.

Revenue inched up less than 1%, reflecting the difficult environment for banks. However, that exceeded expectations. Rivals Wells Fargo and Citigroup similarly struggled to grow revenue. JPMorgan, on the other hand, reported an 8% jump in revenue.

Lenders have been hurt by the Federal Reserve’s interest rate cuts and the flat yield curve — the gap between short and long-term rates. Although lower rates are great for borrowers, it makes it difficult for banks to make money.

Banks pay out interest on deposits at short rates, while they lend at long rates. They make money off the spread between the two. That gap has vanished in recent quarters. The yield curve even inverted last quarter, meaning long-term bonds had lower rates than short-term ones.

However, Bank of America reported a small increase in net interest income during the third quarter. And the bank’s net interest margin fell only slightly.

And Bank of America relieved Wall Street by standing by its guidance for 1% growth in lending profits in 2019. The bank declined to provide a forecast for 2020, noting the uncertainty around interest rates and Fed policy.

Bank of America’s stock jumped on Tuesday on news that Warren Buffett’s Berkshire Hathaway could buy more shares in the bank. Berkshire, already Bank of America’s largest shareholder, filed paperwork with the Federal Reserve earlier this month seeking permission to increase its stake above 10%.

Berkshire did not respond to a request for comment on the news, which was first reported by Bloomberg.

Buffett’s Berkshire came to Bank of America’s rescue in 2011 with a major investment that included warrants to buy common stock. Those warrants were exercised in 2017. Berkshire is also the leading shareholder in two other major American financial companies: Wells Fargo and American Express. 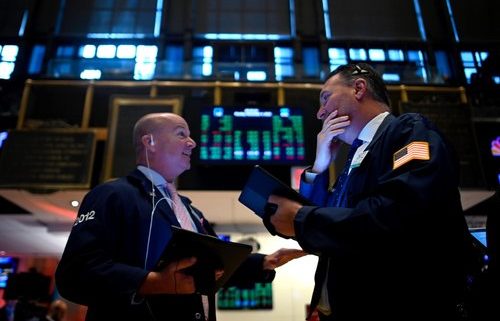