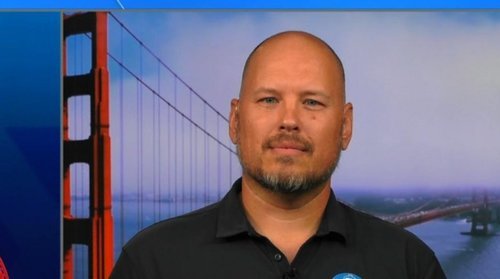 A San Francisco man tried to call out Facebook’s controversial false ads policy by running false ads of his own. Now the company is barring him from doing so — and the man told CNN Business he’s now considering legal action.

Adriel Hampton, a political activist, registered as a candidate for California’s 2022 gubernatorial election on Monday so he could take advantage of Facebook’s policy allowing politicians and political candidates to run false ads on the platform.

On Tuesday evening, a Facebook spokesperson told CNN Business, “This person has made clear he registered as a candidate to get around our policies, so his content, including ads, will continue to be eligible for third-party fact-checking.”

Ads from people and groups other than politicians are subject to fact-checking.

Hampton had pulled the stunt with the hope of forcing the company to change its policy and stop allowing politicians to run false ads.

Responding to Facebook’s decision, Hampton told CNN Business, “They have made a policy specific to me and I am running for California governor to regulate Facebook.”

“I am going to look at suing them — I will immediately seek all available legal options,” he added.

Hampton said he plans on recruiting other candidates across the country to run false ads on Facebook.

“The genesis of this campaign is social media regulation and to ensure there is not an exemption in fact-checking specifically for politicians like Donald Trump who like to lie online,” he told CNN Business after registering his candidacy on Monday.

“I think social media is incredibly powerful,” he said. “I believe that Facebook has the power to shift elections.”

The ad spliced together different audio of Graham speaking to make it sound like he said, “Simply put, we believe in the Green New Deal.” Graham never said that.

The ad was eventually flagged by Facebook’s fact-checkers and was removed. While Facebook allows politicians to lie in ads, it does not allow PACs or other political groups to do so.

While his main motivation for running for governor was to run Facebook ads, Hampton had suggested his campaign could become a fully fledged gubernatorial campaign. “Don’t count me out,” he said.

His stunt came as Facebook executives face mounting pressure, including from inside the company, to make sweeping changes to how the social media site runs political ads.

The Warner letter came just hours after The New York Times reported that more than 200 Facebook employees had signed a letter also raising concerns about the company’s political ad policy.

On Tuesday, two senior Facebook employees wrote in a USA Today op-ed defending the company’s policy, “Anyone who thinks Facebook should decide which claims by politicians are acceptable might ask themselves this question: Why do you want us to have so much power?”