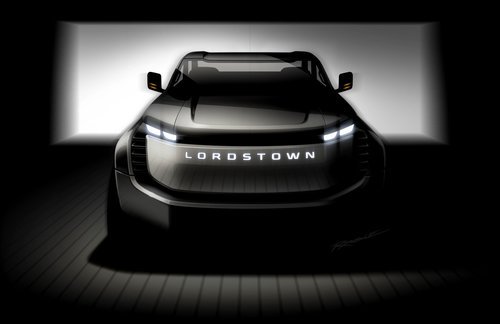 A massive Lordstown, Ohio, auto assembly plant is getting a new lease on life.

Startup automaker Lordstown Motors announced late Thursday it has purchased the plant and all the robots and other equipment inside from General Motors for an undisclosed price. Lordstown Motors intends to start building electric pickup trucks there late next year.

The plant is 6.2 million square feet, nearly twice the size of the Pentagon. GM opened the plant in 1966 and closed it earlier this year.

GM’s decision to close the plant was controversial. President Donald Trump denounced the automaker and threatened to take action against it. The UAW pushed during contract negotiations to get GM to move some of its production from plants in Mexico to the US to keep it open. GM’s refusal to do so was a major factor in the decision by the union to go on strike. But in the end GM held firm and refused to revive the plant with its own production.

“Normally all the equipment has been stripped out. This is the first time I’ve heard of anyone getting a fully functional plant,” he said. “The only way we can do this is if we buy a ready-to-build factory.”

Burns said he plans to sell the company’s pickup, the Endurance, for about $52,000. He expects to have a production prototype ready in time for the Detroit auto show in June of next year. Even if the prototype is ready by then, starting production by the end of next year would be challenging for any automaker, let alone a startup.

He said with the reduced fuel and maintenance cost, and the $7,500 federal tax credit, the Endurance will be more affordable than a $37,000 gasoline- or diesel-powered truck.

But Lordstown Motors will face growing competition from other electric pickup trucks on the horizon.

GM has announced plans to start building an electric pickup in another plant it had previously planned to close — the Hamtramck Assembly plant in Detroit — although it has yet to set a date. Electric car leader Tesla also has a pickup truck in development, which it is preparing to unveil November 21. Ford said it’s planning an electric F-150.

Lordstown Motors intends to start with about 400 workers. Most of the hiring will start in September 2020. Burns expects to pay union-level wages of $32 an hour that veteran workers at GM will be earning under the new labor contract. He also intends to have the workers represented by the United Auto Workers union, but he has yet to speak to the union about his hiring plans.

Burns said the workers who previously worked at the plant before its closing have the skill sets he is looking for.

“Where else can you get 400 people, ultimately thousands of people, who can do this type of work?” he said. “The workforce is one of the things we’re after with this deal.”

The Lordstown plant had 4,500 hourly workers as recently as January 2017, when GM ended one of the three shifts building the Cruze compact car. Changing consumer preferences for SUVs instead of sedans doomed the Cruze, and with it GM’s need for the Lordstown plant. GM stopped production in March of this year when it was down to about 1,400 hourly workers. Most of those workers have taken other jobs with GM, although they had to relocate to GM plants elsewhere to do so.

Tim O’Hara, president of the UAW local in Lordstown, said that he’s not sure how many members will be willing to leave one of those GM jobs elsewhere, where they are accumulating service time toward their GM pension, to take a job with a startup — even if many would like to return to Lordstown.

Many former Lordstown workers had moved away, even if their families remained in the region. Those workers often returned home on weekends with the hopes that GM itself would reopen the Lordstown plant. But the labor deal that ended the recent strike at GM did not include any new GM product to revive the Lordstown plant as they had hoped.

“I guess I would say for the valley as a whole, if there are jobs in that plant, it’s good news,” said O’Hara. “It’s better than it sitting empty or being torn down. But for my members specifically, they see the sale of the plant as another kick in the gut that we’ve been getting for a year now since they announced plans to close the plant last November.”

O’Hara said about 400 of his members have not taken other GM jobs yet, but that many of them have returned to school or started other careers or retired.

“Many have moved on. It’s hard to say if they’ll work for [the startup],” he said.

O’Hara said it is certainly a positive that Burns is talking about using union workers and paying a union wage at the plant. But he said he’ll remain skeptical until a deal is signed.

“It’s been a year-long process of bad news for us,” O’Hara said. “We’re still going through the stages of grief. I think most of our members are still angry and disappointed.”

GM issued a brief statement about the sale in which it said it believes that Lordstown Motors’ plan “has the potential to create a significant number of jobs and help the Lordstown area grow into a manufacturing hub for electrification.”

Burns had previously been CEO of Workhorse Group, another upstart truck maker building delivery vans for UPS, FedEx and DHL. It is competing for a contract to build the next generation of delivery vehicles for the US Postal Service as well. Earlier this year, Workhorse explored a possible purchase of the Lordstown plant but that never came to fruition.

Workhorse has a 10% stake in Lordstown Motors, and it is licensing some of its intellectual property to the startup to use in its pickup trucks. It also has transferred 6,000 existing pre-orders received by Workhorse for its planned W-15 pickup. Those will now be built by Lordstown Motors.

Like Workhorse, Lordstown plans to concentrate on fleet sales of its trucks to businesses such as construction companies or to town and city governments, rather than selling to consumers.