In last night’s State of the Union address, the President took credit for a strong US economy, claiming he had reversed failed economic policies of the Obama administration and sparked a new era of prosperity.

“If we hadn’t reversed the failed economic policies of the previous administration, the world would not now be witnessing this great economic success,” he boasted.

The fact is, the Trump economy looks a lot like the Obama recovery before it. But the president has employed a mix of exaggeration, truth and demonization to declare the US economy the “the best it’s ever been.” That’s one of many exaggerations. The economy has grown more strongly many times before: the industrial boom post World War II, during the Clinton years and after the Great Recession.

The truth? The economy is growing, companies are hiring, African American unemployment is at a record low and the stock market soared last year.

The demonization? He has claimed the Dow would be 5,000 to 10,000 points higher if not for the Federal Reserve raising interest rates. (In fact, the Fed lowered rates three times last year, to say nothing of the apparent contradiction in Trump’s views on rates. During the Obama administration, he said low rates were creating a stock market bubble, a trick he claimed was to get Obama re-elected.)

All of this trademark Trump salesmanship is an attempt to rebrand an almost 11-year-old expansion as his success alone. “His boasting about economic accomplishments was wildly exaggerated, but so what?” writes Greg Valliere, chief US political strategist for AFG Investments. “His Gallup approval rating hit 49% yesterday, a personal best.

A strong economy is central to the president’s re-election message. And in his narrative, he flipped a switch, ending the Obama Economy and beginning the Trump era. In fact, it’s the same economy, and both men employed similar tools. Both presidencies featured massive bailouts. Under Obama, the auto industry needed to be rescued after the Great Recession. Under Trump, a trade war with China necessitated a farm bailout twice as big as the auto rescue.

The Federal Reserve has been an unprecedented support in both administrations, supporting the post-Great Recession economy with historically low interest rates and a $4 trillion dollar balance sheet.

Trump rode to the White House claiming the Obama Economy wasn’t good enough. But on both a quarterly and annual basis, economic growth under Trump has not yet exceeded the best quarters of the Obama years. Growth last year at 2.3% missed White House targets. Trump’s 2018 yearly growth of 2.9% is tied with Obama’s best year. The jobs market is strong with nearly 6.7 million jobs added in the first 35 months of the Trump Administration, but that trails the nearly 8 million in the final 35 months of Obama’s tenure. Two years after a historic corporate tax cut in 2017, companies have now begun to retrench. Business investment has contracted three quarters in a row, leaving the consumer to lift the economy.

“Maybe some animal spirits were unleashed at the start of the new administration and ahead of the Tax Cuts and Jobs Act signed in December 2017,” says Chris Rupkey, chief financial economist at MUFG Union Bank. Rupkey was referring to the Keynesian economic theory that emotions can influence the economic behavior of consumers and investors.

“And that was it so far for growth under the Trump administration as the economy has slowed steadily since 2017 despite the biggest corporate tax cut in history,” Rupkey said.

Even after those corporate tax cuts and rolled-back regulation, economic growth appears to be settling into a 2% post-Great Recession range. And now the election-year economy has new challenges. Coronavirus and the Boeing Max 8 crisis could dent US economic growth in the first quarter, with some economists predicting GDP growth as low as 1.5%.

At this rate, the president’s promise that a super-charged economy would pay for his tax cuts is impossible. Which brings me to another first-term parallel between Obama and Trump: a skyrocketing budget deficit. For Obama, it was massive infrastructure spending and tax cuts to avert a depression. For Trump, his tax cuts for business and an enormous spending bill have swelled the deficit. This comes from a president who told the Washington Post in 2016 that he would eliminate the national debt in eight years. Instead, at the current pace, it is forecast to set a post-war record nearly matching the size of the entire economy in the next decade. 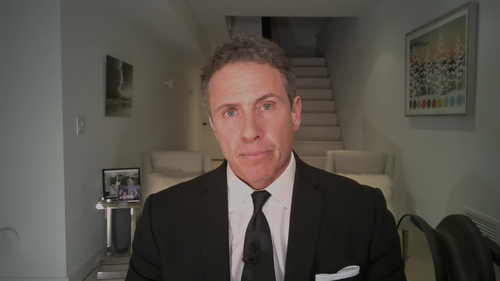