Vaccinated Americans hoping to leave their masks behind and hit the road this weekend may be in for sticker shock at the pump.

Gas prices hit their highest level in more than six years earlier this week, rising above $3 a gallon as demand shot up and supply was squeezed when a ransomware attack forced a massive East Coast pipeline to shut down. In several states in the Southeast, panic-buying left thousands of gas stations on empty.

The national average price per gallon on Saturday was $3.042, according to AAA.

Although the Colonial Pipeline — a critical 5,500 mile artery that runs from Houston to New Jersey — had restored operations by Wednesday night, several states in the Southeast were still reporting significant outages. In North Carolina, roughly 60% of gas stations were still dry Friday morning, according to the tracking site GasBuddy. About half of the stations in South Carolina, Virginia and Georgia were out of gas.

Officials have pleaded with motorists not to top off their tanks or rush to fill containers. In areas with significant outages, the re-supply of gas will likely take “a few weeks,” said Patrick De Haan, head of petroleum analysis at GasBuddy.

Gas shortages were already a concern before the Colonial Pipeline disruption, not because of a lack of oil but rather a lack of drivers. The US fuel supply hinges on specially skilled tanker truck drivers who distribute gasoline around the country. Companies that train and hire drivers say they haven’t been able to regroup from the pandemic as quickly as demand for gas has rebounded. 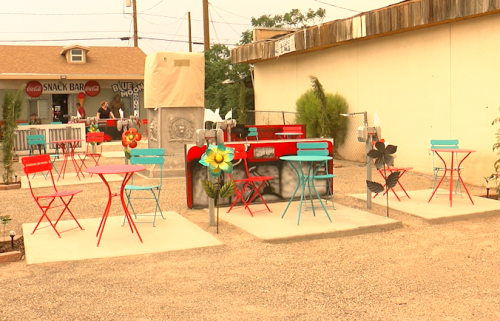