CANCUN, Mexico -- U.S. Sen. Ted Cruz of Texas traveled to Mexico for a family vacation as his home state struggled with a powerful winter storm that left many residents without power or safe drinking water, saying Thursday that he made the trip to "be a good dad."

The high-profile Republican lawmaker said in a statement to ABC News on Thursday that he flew down to Cancun, where the temperatures were around 80 degrees on Wednesday, because his daughters "asked to take a trip with friends."

He traveled back to Texas on Thursday afternoon following the backlash to his trip. Cruz, speaking to reporters in Houston upon his return, said the trip "was obviously a mistake. In hindsight, I wouldn't have done it."

RELATED STORY: Ted Cruz has repeatedly slammed other politicians for vacationing during crisis

ABC News has learned Cruz wasn't originally slated to return to Texas until this coming Saturday. Earlier Thursday, he had issued a statement that seemed to defend the trip.

"With school cancelled for the week, our girls asked to take a trip with friends. Wanting to be a good dad, I flew down with them last night and am flying back this afternoon," he said in the statement. "My staff and I are in constant communication with state and local leaders to get to the bottom of what happened in Texas. We want our power back, our water on, and our homes warm. My team and I will continue using all our resources to keep Texans informed and safe."

The trip revelation opens Cruz, a key ally of former President Donald Trump, to fierce bipartisan criticism in Texas and beyond as he contemplates the possibility of a second presidential run in 2024. The two-term senator's current term expires in early 2025.

Hundreds of thousands of people in Texas woke up Thursday to a fourth day without power, and a water crisis was unfolding after winter storms wreaked havoc on the state’s power grid and utilities.

Texas officials ordered 7 million people — one-quarter of the population of the nation’s second-largest state — to boil tap water before drinking the water, after days of record low temperatures that damaged infrastructure and froze pipes.

Texas Gov. Greg Abbott told reporters on Thursday that he was focused on the disaster response and was not paying attention to the matter.

"Candidly, I haven't been following people's vacation plans," he said at a press conference.

Houston Mayor Sylvester Turner said, "Well it's certainly much warmer where he's going" when asked about Cruz's trip during a press conference Thursday.

"My job is to stay here until the situation is resolved so that's it you know, I'm gonna let the senator speak for the senator," he added.

“That’s something that he has to answer to his constituents about,” state Republican Party Chairman Allen West said to the Associated Press on his travel. “I’m here trying to take care of my family and look after my friends and others that are still without power."

Texas Democrats called on Cruz to resign for seemingly abandoning his constituents in the midst of the storm. It was the second time they've called on him to do so in recent weeks.

The Texas senator, who once described Trump as a “pathological liar,” championed the-then president's call to block the certification last month of Democrat Joe Biden's election victory. That stand led to the first call for Cruz's resignation after a violent mob stormed the U.S. Capitol as Congress was affirming Biden's win.

“Ted Cruz had already proven to be an enemy to our democracy by inciting an insurrection. Now, he is proving to be an enemy to our state by abandoning us in our greatest time of need," Texas Democratic Party Chair Gilberto Hinojosa said Thursday. “For the 21st time, the Texas Democratic Party calls on Ted Cruz to resign or be expelled from office.”

Just on Monday, Cruz had urged residents to stay home in a radio interview that was shared on YouTube by his office in which he said: “So don’t risk it. Keep your family safe and just stay home and hug your kids.”

One day later, Cruz issued a public apology on Twitter after an old tweet of his from August resurfaced, in which he castigated California’s “failed energy policies” and mocked their power grid system.

This week’s winter storm has also pushed Texas’ grid system to the limit and resulted in millions being left without power.

“I have no defense,” he wrote apologetically. "A blizzard strikes Texas & our state shuts down. Not good."

In December, Cruz eviscerated Austin Mayor Steve Adler as a “hypocrite” for vacationing in Cabo San Lucas, Mexico, during the pandemic after he told residents to stay home. 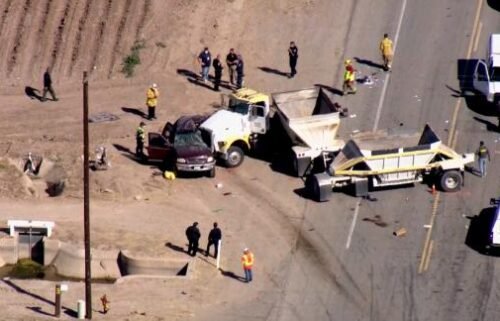