A group of former and current Black women officers filed a class action lawsuit against the Washington, DC police on Wednesday claiming racial and sexual discrimination, a hostile workplace and a culture of intimidation.

The 10 women say that while on the job at the Metropolitan Police Department (MPD) they were treated with contempt and subjected to a male-dominated “culture of race and sex discrimination” and “intense pervasive retaliation” when they complained about it, according to the lawsuit. Nine of the women are current and former members of the force with at least 15 years of experience. The other woman served for five years and was once honored as police officer of the year, according to the suit.

Seven of the women are current MPD officers and three are former officers. A current assistant police chief, lieutenant and sergeant are among the plaintiffs.

The women are seeking $100 million in compensatory damages and request a special master to be appointed to overhaul the department’s personnel practices and the Equal Employment Opportunity (EEO) division, which handles internal complaints about unfair or discriminatory treatment.

According to the lawsuit, each plaintiff complained “multiple times about unfair treatment on the basis of race and gender” either to the department’s EEO officials or to their managers “to no avail.” The bullying and harassment of Black women officers has been so extreme that it has adversely affected their mental and physical health, leaving some of them no other option but to leave the department to protect themselves, the lawsuit says.

Plaintiff Tabatha Knight, who retired earlier this year, said the lawsuit is “about women who are tired of being harassed, disrespected and divided.”

“We were labeled as troublemakers, angry Black women, and I’m here to say that we are not angry black women,” Knight said Wednesday at a press conference. “We are tired women and no one should have to endure what we did.”

Police: ‘We take these allegations seriously’

Donald Tebow, one of the attorneys for the women, said this is a landmark lawsuit that represents police officers with a combined over 238 years in public service.

Dustin Sternbeck, the director of communications for the MPD, said “while we cannot discuss the specific allegations due to pending litigation, the Metropolitan Police Department is committed to treating all members fairly and equitably throughout our organization. We take these allegations seriously and we will be reviewing them thoroughly and responding accordingly.”

At an unrelated press conference, DC Mayor Muriel Bowser said that while she cannot comment on a “personnel complaint especially once that’s being litigated” she “won’t tolerate anything less out of any of the agencies” she oversees.

“We will certainly take any claims very seriously and investigate any issues that we deem need to be investigated and take appropriate actions,” Bowser said.

A spokesperson for the office of DC Attorney General Karl Racine says they haven’t been served with this lawsuit yet and cannot comment.

‘Retaliation campaigns’ against them, suit says

The lawsuit seeks to change “fundamental characteristics” of the police department, including a male-dominated culture that “accepts and perpetuates the most demeaning, degrading and disrespectful discourse and actions by and between officers.”

The women also describe a culture where supervisory and management officers abuse their power and a “profoundly dysfunctional and corrupt” EEO.

The plaintiffs allege the office intentionally discredits complaints by Black women, saying it has not allowed a single claim of race or gender discrimination to be substantiated and has manipulated written reports in an attempt to undermine complainants, the lawsuit says.

The department engages in “repeated, coordinated and relentless retaliation campaigns” against Black women officers who sound the alarm about police misconduct, according to the lawsuit.

According to the lawsuit, the department has been aware that its sergeants and lieutenants — who manage the majority of day-to-day operations and rate officers’ performance — have used their power to abuse, intimidate and denigrate Black women police officers and have either ignored or encouraged the abuse.

Management also refused to transfer Black women officers from abusive supervisors and discipline them for sexist, racist, harassing or inappropriately sexualized comments, the lawsuit says. Additionally, the lawsuit accuses MPD chiefs of police of removing Black women officers from their assignments or departments and destabilizing their work schedules if they oppose or report misconduct.

Speaking at the press conference on Wednesday, former officer Regenna Grier said there are “female officers, Black female officers, who are currently putting on that badge, and doing their job under the same stress and duress we did it and it needs to stop.”

In the lawsuit, the women describe a number of incidents that illustrate the department’s pattern and practice of enforcing disparate disciplinary standards that disproportionally punish Black women officers.

In one instance, Knight legally recorded some of her meetings with supervisors and management to protect herself from false allegations made against her. As a result, she was investigated and threatened with a four-week suspension, the lawsuit says.

In another example, a White male sergeant revealed his penis and urinated into a bottle while riding with a woman officer in a police vehicle and was subsequently promoted to lieutenant and not disciplined. Officer Mitchell was then retaliated against for making a “big deal” of the incident, the lawsuit says.

Mitchell said on Wednesday she was afraid to come forward about misconduct and not have her contract renewed as retaliation.

Knight spoke about a woman officer who had to endure a male official “walking up to her and forcibly putting his tongue in her mouth, or another male manager walking by and taking his hand and grabbing her buttocks as he walked by and just smiled,” she said. “We reported these things to management and we were ignored.”

Several MPD officers who participated in an MPD Facebook forum that attacked and denigrated other officers based on race and gender were not disciplined or held accountable after the forum was shut down, according to the lawsuit. The plaintiffs cite a similar forum that still exists where male officers make racist and sexist comments.

“Upon information and belief, the MPD maintains a pattern, practice and custom of not taking appropriate disciplinary action against officers who openly express racist and sexist views,” the filing says.

Brinkley described how she and Mitchell suffered flea bites and rashes after her supervisor assigned them vehicles that had been used by the K-9 unit and had been infested with fleas. They were denied different vehicles upon request. The officers complained to the supervisor’s superior about the matter and they were assigned a large, comfortable Suburban, the lawsuit says.

As Brinkley and Mitchell were driving in the vehicle, their superior called them demanding that they return it and in the following months he led a campaign of retaliation and spreading false claims against both officers, according to the lawsuit.

Brinkley also was subjected to derogatory comments made about her by her superior after she suffered an episode of hyperventilation and breathing troubles in the office due to “extreme grief” after the sudden and tragic loss of her husband, the lawsuit says. The superior “publicly denigrated her for exhibiting symptoms of depression and anxiety” and threatened to send her for a fitness for duty evaluation, the lawsuit states. 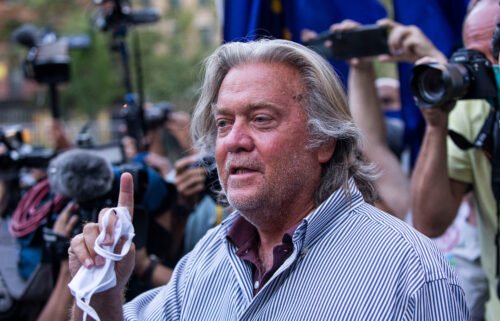 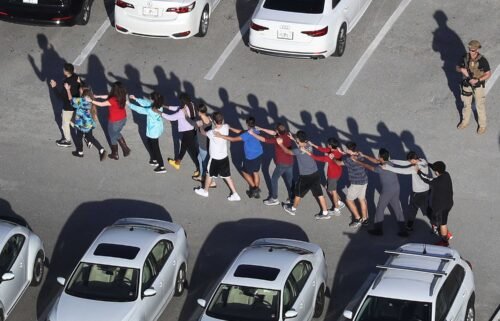 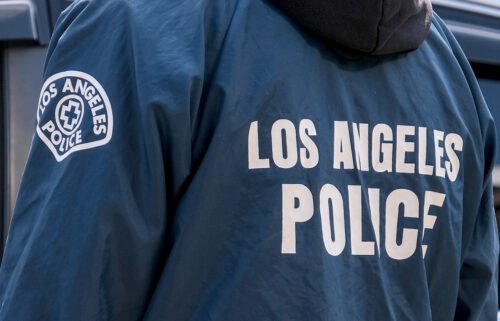