LAS CRUCES, New Mexico -- New Mexico State University’s athletics department is looking for a big win off the field by getting into the wine business.

The department has partnered with the Lescombes Family Vineyards, becoming one of less than 10 collegiate-licensed wines in the country.

It is available at all Lescombes locations, with additional, statewide distribution over the coming weeks.

“It helps the 16 teams in our department," said Director of Athletics Mario Moccia. "That is 400 student athletes. It is a licensing agreement so it is a collaboration between New Mexico State, athletics and those wineries.”

The university itself was founded in 1888, so the first run of Pistol Pete’s Crimson Legacy totals 1,888 bottles - but it is sure to expand from there.

“Eventually, anywhere in the country they’ll be able to order Pistol Pete’s Crimson Legacy," said Moccia. "It will be a hit, not just at games but certainly also at alumni gatherings."

On every bottle, the legacy of New Mexico’s largely unknown wine making history, which started in the 1600s, is told.

“It traces back to when Missionaries came out of Chihuahua up the Rio Grande River and planted vines along the way to have the sacramental wine," said co-owner and Chief Financial Officer Rebecca Lescombes. "That is a fact many people do not know that New Mexico is the oldest wine producing state and NMSU has been instrumental in developing the wine industry.”

It takes two years for the wine to go from grapes to barrels to bottles. And this isn't NMSU’s first foray into the alcohol business.

In 2017, they released Pistol Petes 1888 ale, which has since found a considerable level of popularity.

As for the wine itself, crimson legacy is a New Mexico Cabernet Sauvignon, with hints of red berries, ripe cherries and oak that will pair well with traditional red wine dishes. 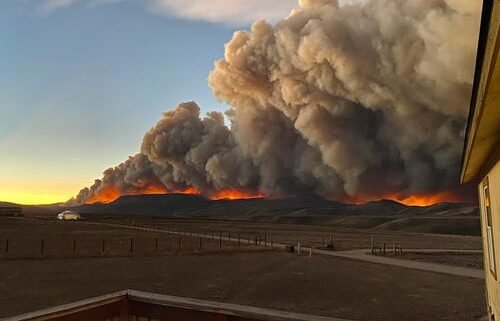