EL PASO, Texas -- A brand new season of UTEP athletics is upon us, and the Miners are now done with the paperwork.

But Golding will also receive $300,000 per year for fulfilling speaking engagements and his weekly coaches shows, so it comes out to a combined salary of $700,000 a year.

That ends up only being a little less than Terry, who was making $725,000 a year, but Golding also has several performance incentives worked into his deal.

You can read Golding's contract documents, obtained by ABC-7, at the bottom of this article.

Meantime, the university also announced the extension of Athletic Director Jim Senter. He'll be on the same timeline as Golding, with a 5-year extension through August 2026.

Senter's base salary increases from $300,000 to a little more than $350,000 plus incentives, and he also gets a title promotion to vice president at UTEP. Senter has been the AD at UTEP since 2017.

Finally, the university announced women's basketball head coach Kevin Baker was awarded a 2-year extension that will keep him on the Miner sidelines through the 2023-24 season.

Financial details of that extension weren't disclosed, but the university said Baker was rewarded for being the first coach in program history to produce three winning seasons over their first four years 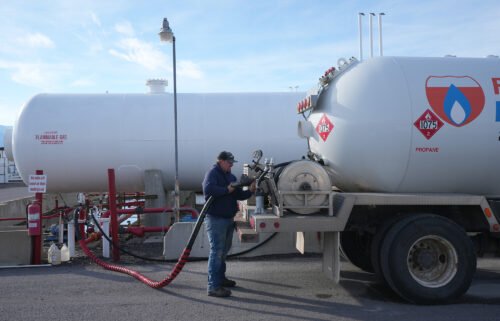