This echoes polls from Iowa and nationally that show that Bloomberg registers minimal support among Democratic voters.

What’s the point: Bloomberg is, despite this polling, thinking of getting into the 2020 presidential race. Meanwhile, former Massachusetts Gov. Deval Patrick has already decided to throw his hat into the ring. There’s been little recent polling of Patrick, though he hit a mere 2% back in late 2018 among potential Democratic voters nationally. We have no reason to believe that’s changed.

With the polling support for Bloomberg and Patrick low, I am left wondering what their pathway to victory in the primary is. It may exist. It’s just not evident in the current polling.

Perhaps they are thinking that voters are yearning for more choices. The current polling illustrates that just isn’t the case. A Monmouth University poll completed last month indicated that 16% of potential Democratic voters wanted more choices. The vast majority, 74%, were satisfied with the primary field, which still stands at a record number of candidates.

This high satisfaction with those already running makes their white knight efforts distinct from others in past years. Usually, a white knight has a receptive audience.

Some of you may recall that Mario Cuomo was known as “Hamlet on the Hudson” for his inability to make up his mind to run or not in the 1992 Democratic primary. Not only was Cuomo leading in polls when matched up against Democrats already in the race, but voters clearly thought something was lacking about those who had chosen to run. An October 1991 CBS News/New York Times poll found that 64% wanted more choices.

Cuomo ended up not running.

Wes Clark did end up jumping in 12 years later. He entered the Democratic race in September 2003. Clark may have seen an opening given that a CBS/New York Times poll from late August 2003 showed 50% of Democratic voters wanted more choices, while 40% said they were satisfied with the field. Not so surprisingly, Clark would lead in a few polls following his entrance before ultimately faltering.

White knight syndrome isn’t a Democratic-only phenomenon. Republican Fred Thompson waffled before deciding to run in September 2007. Similar to 2003 with the Democrats, a slightly higher 49% of Republican primary voters in August 2007 said they wanted more choices than the 46% who said they were satisfied with the field. Thompson would find himself in second place in primary polling after he announced, but, like Clark, he slid after some time in the race.

But no white knight faltered as much as Republican Rick Perry did in the 2012 cycle. Perry entered to much fanfare in August 2011, after polling showed that more than 70% of Republican voters wanted more choices. Perry would go on to take a double-digit lead on the entire field. Later, he would enter freefall and not win a single primary.

Clark, Perry and Thompson couldn’t succeed under much more favorable conditions. That should give you an understanding of the tough task that lays ahead for Patrick and potentially Bloomberg. Getting in the race late is hard no matter who you are, and they’re getting in much later than Clark, Perry or Thompson. Maybe it’ll all go right for one of them — but it’s much more likely to go awry. 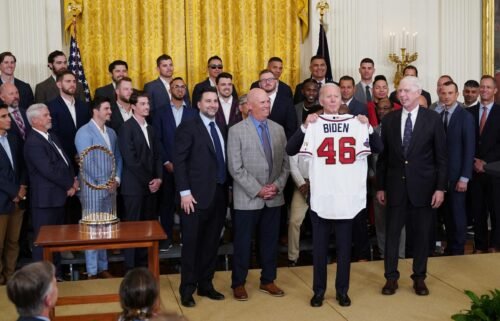