Republican Sen. Susan Collins, a pivotal swing vote in the fight over whether to allow new witnesses during the Senate’s impeachment trial, appears much less interested in considering new evidence from indicted Ukrainian-American businessman Lev Parnas.

It also filled in potential blanks about the outreach to Ukrainian officials and Trump’s involvement in the backchannel dealings.

But the Maine senator threw cold water on the new evidence, telling reporters, “I wonder why the House did not put that into the record, and it’s only now being revealed.”

After it was pointed out that the House only received the materials from Parnas this week, Collins responded, “Well, doesn’t that suggest that the House did an incomplete job then?”

Facts First: Collins ignored critical context about Parnas’ legal situation, which made it difficult for him to quickly comply with the House subpoena. Her comments suggest she is either confused, unaware of the relevant facts or intentionally ignoring them to ding the Democrats.

There is a reasonable explanation why the new material is only coming out now.

The Parnas saga dates back to September 30, when Democratic-controlled House committees asked him to voluntarily provide documents about his dealings with Ukraine, Trump and Giuliani. His lawyer at the time, former Trump attorney John Dowd, responded with a strongly worded letter saying that the Democrats’ request was improper and Parnas would not comply.

Parnas was arrested on October 9 and charged with violating federal campaign finance laws. (He has pleaded not guilty.) The Justice Department then seized more than dozen electronic devices from Parnas, including cell phones, laptops, an iPad and a computer hard drive.

One day after the arrest, the House subpoenaed Parnas to provide the Ukraine documents.

While the case move ahead in court, Parnas’ attorney Joe Bondy asked a federal judge for permission to comply with the House subpoena and share some of the seized materials. With Parnas under indictment, and potentially facing more charges, Bondy is likely trying to make his client look as helpful and as valuable as possible, so he can secure a favorable cooperation deal.

House Democrats plowed forward in their impeachment inquiry without the information from Parnas, and in December, they approved two articles of impeachment against Trump.

In a series of rulings this month, including one earlier this week, the federal judge overseeing Parnas’ case granted his requests to comply with the House subpoena. Bondy then rushed to Washington over the weekend to hand-deliver some of the materials to a House committee.

Hoping to capitalize on the new evidence, House Democrats quickly published many of the documents online and sent the materials to the Senate alongside the articles of impeachment.

That’s the simple, straightforward reason for the holdup. Collins comment appeared ignorant to this relevant backstory, though she was also expressing her opinion that the Democratic-led process in the House was “incomplete” because they didn’t wait for the records from Parnas.

CNN reported on Wednesday that the new records from Parnas are expected to be admissible at the Senate trial because they were transmitted to the Senate as part of the House’s evidence accompanying the articles of impeachment. But there is some leeway, and as more material becomes available, Trump’s defense team can raise objections against allowing new evidence.

Part of what makes Collins’ comments so odd is that she has been pushing Senate Majority Leader Mitch McConnell to include more concrete language in the rules for the Senate trial guaranteeing an eventual vote on new documents and witnesses.

“It’s important that we have an up-or-down vote on the issue of subpoenaing witnesses and documents, and I worked very hard to get that included into the governing resolution,” Collins told reporters on Wednesday.

While the Senate rules have not been made public yet, the language Collins pushed for, along with fellow Republican Sens. Lamar Alexander and Lisa Murkowski, will be in the final resolution, people familiar with the rules told CNN.

Republicans have sought to downplay the Parnas evidence in recent days, while Democrats contend it, and perhaps testimony from Parnas himself, would be key among any new facts that are allowed to be added into the record for the trial.

Collins didn’t weigh in on the content of the new documents, and instead criticized the Democratic-led process in the House — a point she has made to reporters in the past as she’s prepared for the Senate trial.

“(Senator Collins) has made clear from the start that she is open to witnesses, documents, and other evidence,” Collins spokeswoman Annie Clark tweeted on Wednesday after Collins’ gaggle with reporters. “The point that she was making is that the House rushed its investigation and thus did not have access to these materials.”

On Thursday, Collins issued a statement saying there was “a lot of mischaracterization and misunderstanding” of her position, and that she has not yet made any decisions “on any particular witnesses.”

She said she always supported following the rules hat governed President Bill Clinton’s impeachment trial in 1999. Under those procedures, the senate voted on subpoenas for new witnesses after opening arguments.

“I tend to believe having additional information would be helpful,” Collins said in the statement. “It is likely that I would support a motion to call witnesses at that point in the trial just as I did in 1999.”

Democrats only control 47 seats in the upper chamber, so they need four Republicans to break ranks if they want to reach the 51-vote majority threshold needed to subpoena new witnesses.

This story has been updated to include a new statement from Collins. 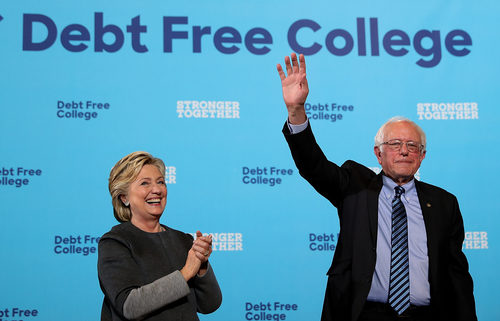