Well, that was fun: 12 hours later after Tuesday’s Senate impeachment trial session for President Donald Trump began, the rules for the opening stage are now set.

The rancor between the two sides is as live as ever. The Senate impeachment trial will launch Wednesday with the opening argument and presentation from the House impeachment managers. It marks the first sustained opportunity to both make their broad case that the President should be removed from office, but also highlight what they believe is missing from the record — an effort crucial to convincing senators, who have the sole power to make it happen, that subpoenas for witnesses and testimony are essential to their case.

Bottom line: These are two parties that are simply in polar opposite places on this trial. Baseline rules of the trial couldn’t be agreed to on a bipartisan basis and even accommodation on speeding up the opening day was rejected out of frustration. Don’t expect this to ease any time soon, but always remember that there is a group in the middle here — and that group of Republicans, torn between the two sides, will dictate what the back end of this trial will actually look like.

While you were sleeping: About 20 minutes before 1 a.m. ET on Wednesday morning, the back and forth between House Judiciary Committee Chairman Jerry Nadler and White House lawyers Pat Cipollone and Jay Sekulow got so sharp and personal that both sides were admonished by Chief Justice John Roberts.

It was gentle, but firm. Roberts, who had played a completely (and expected) passive role in the trial up to that point, caught everyone off guard. But his point to both sides was that each needed to “remember they are addressing the world’s greatest deliberative body.”

He also made a reference to a past Senate floor admonishment related to the word “pettifogging” which, well, was a word I didn’t know exist (naturally CNN has a story explaining it).

Day one quote of the day: It was a tough battle between House Intelligence Committee Chairman Adam Schiff deploying the description of the Senate trial as “ass backwards” and Rep. Hakeem Jeffries quoting Notorious B.I.G. on the Senate floor, but perhaps Sekulow presciently spoke for everyone’s feelings after the clock struck midnight when he said early on in the day: “Why are we here?”

Late night in the Senate

So why were senators still sitting at their desks past midnight — why was everyone still there?

To make a point, certainly.

To register clear frustration with a process they’d been cut out of amid the dispute between McConnell and Senate Minority Leader Chuck Schumer that stretched for more than a month, definitely.

But there was a technical reason as well.

The way the McConnell resolution is drafted, it’s entirely possible individual votes on specific witnesses and documents will never happen. If, after the opening presentations and senator questions. a simple majority does not exist to move to consider witnesses and documents, the process essentially hits a kill switch.

Sen. Chris Murphy, a Connecticut Democrat, gave the most succinct explanation for what transpired:

“We need to put Republicans on the record. We may not have another chance to offer amendments to get witnesses and documents before the Senate.”

How Wednesday will work

How long will Wednesday go?

The House managers can choose to use as much of their 24 hours as possible, and the rough estimate is each day will be about eight hours. But it’s up to the managers how much they use each day.

As Tuesday couldn’t have made any more clear, in the Senate, nothing is certain until it’s done, so be cautious on making definitive timing statements.

Several things happened on Tuesday that one might point to as key moments in Trump’s impeachment, but by far the most notable was McConnell, under pressure from his own conference, being forced to make changes to his organizing resolution.

It started Tuesday morning when word was circulated to Senate leaders that several senators had issues with the compressed timetable and evidence provisions in McConnell’s resolution. Republican Sen. Susan Collins of Maine voiced sharp concerns and, one person familiar with the conversation told me, made clear her support for the resolution was in question. Others, including GOP Sen. Rob Portman of Ohio, also urged changes.

By the time senators reached a closed door Senate lunch before the trial, the conference was moving sharply toward changes. Senator after senator stood during the lunch to voice concerns, people said, centered primarily around “that it was totally unnecessary to give Democrats the talking point that we’re jamming them and shutting out their evidence,” one GOP senator told me later. The senator described the lunch as “sort of wild” because it’s rare things shift so firmly against McConnell’s underlying plan.

The big question is whether this is a sign of dissension to come, or whether McConnell successfully wrangled his conference with the changes he made.

Remember McConnell’s overarching strategy: Stay unified, as long as possible. That’s McConnell’s central operating strategy in this trial, people who have spoken to him say. He knows he’ll lose Republicans eventually, but the longer the conference sticks together, the harder it becomes for more to break off later — and the narrative of “Republicans stick together and behind Trump” firmly sets.

There’s a persistent (and very wrong) theory that McConnell just says how it’s going to be and then his members fall into line. That’s rarely the case. Instead, Republicans describe his best quality as his willingness to listen, and perhaps most importantly, shift course if his conference starts moving in a different direction.

The most important comments of the day

McConnell’s most important words of the day happened before the trial gaveled into session.

On the Senate floor, after once again lambasting the House Democratic case and detailing the task at hand for the Senate, he moved hard into warning about the repercussions of bringing in administration officials as witnesses.

As McConnell, citing the court cases that would certainly follow administration witnesses in the Senate, pitched it on Tuesday: “Such litigation could potentially have permanent repercussions for the separation of powers and the institution of the presidency that senators would need to consider very, very carefully.”

Hardly anyone noticed, but this has been an argument increasingly circulated among GOP senators in the past few days.

This witness vote is on a razor’s edge already. McConnell’s concerns about executive privilege, a significantly prolonged case, and precedent in the Senate, will be deployed regularly to keep things on his side — against administration witnesses.

If you’re keeping score: Collins was the only Republican to break ranks at any point during the amendment votes, joining with all Democrats to vote against tabling one amendment out of 11 that would’ve provided more response time to Wednesday’s trial motions. She sided with the rest of her caucus for the other 10 amendments and all 11 amendments were tabled. 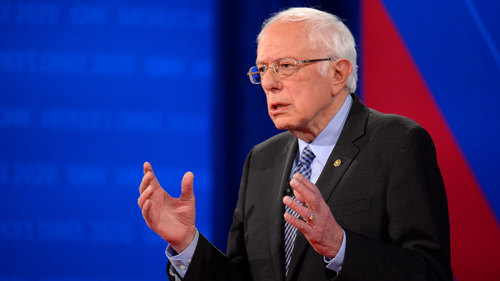 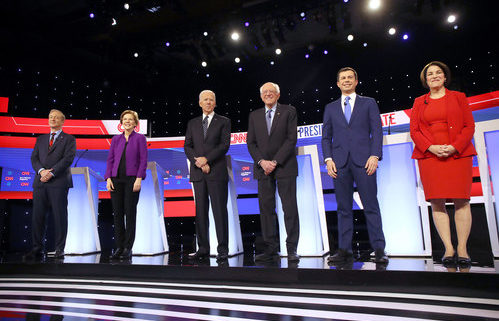