President Donald Trump’s refusal on Wednesday to guarantee a peaceful transfer of power if he loses to Joe Biden in November is leading America towards a dark place during a year of incendiary political tensions.

Trump’s intransigence, included in his latest assault on perfectly legitimate mail-in ballots on Wednesday, posed a grave threat to the democratic continuum that has underpinned nearly 250 years of republican government.

“Well, we’re going to have to see what happens. You know that I’ve been complaining very strongly about the ballots and the ballots are a disaster,” Trump said, when asked if he could commit to the peaceful transition.

“(G)et rid of the ballots and you’ll have a very … there won’t be a transfer, frankly. There’ll be a continuation.”

The President’s comments risked not only dealing another blow to an election in which he has been trailing and has incessantly tarnished, but could send a signal to his supporters about how to react if the Democratic nominee prevails in 41 days. That possibility is especially dangerous given this past summer’s racial and social unrest — which burst forth again on Wednesday evening after police said two officers were shot in Louisville, Kentucky, amid protests about the failure to charge officers in the death of Breonna Taylor, an unarmed Black woman.

Trump’s near simultaneous warning on Wednesday that he thinks the election will end up being decided by the Supreme Court also raises the risk of a constitutional imbroglio likely to be worse than the disputed 2000 election.

His rhetoric escalated as he yet again politicized the effort to quell the pandemic by threatening to override regulators on the question of whether a newly developed vaccine would be safe in a highly irregular move. Taken together, his anti-democratic instincts and prioritization of his own political goals amid a national emergency show he plans to allow nothing — not the health of Americans, the sanctity of US elections or the reputation of the Supreme Court — to prevent him from winning a second term.

And his comments poured gasoline on an already inflamed nominating battle to fill the seat of the late Justice Ruth Bader Ginsburg while threatening to drag the court further into politics in a way that could shred its legitimacy among millions of Americans.

On Thursday morning, Trump deflected when asked about his refusal to commit to a peaceful transition of power, saying it’s a “double standard” pointing to comments by Hillary Clinton that Joe Biden should not concede if the election is close.

Trump was led into the question by Fox News host Brian Kilmeade that he didn’t “mean” he would never leave office but would wait until the Supreme Court ruled on the election, if needed. Trump then replied: “That I would agree with but I think we have a long way before we get there. These ballots are a horror story.”

The President’s latest attempts to create uproar came amid new efforts to subvert the traditional mechanisms of government for his own gain — in what has become an almost daily ritual.

There were new signs of his rejection of the sound science needed to confront the worst public health emergency in 100 years. Trump is advancing a fake reality that Covid-19 is dying out at a moment when alarm bells are ringing about a possible winter second wave. CNN also reported that Dr. Deborah Birx — the coordinator of the coronavirus task force who is a globally respected public health professional — is the latest government expert to become increasingly marginalized by a White House that trades in lies and political expediency rather than the national interest.

The revelations from inside the West Wing, which came a day after the United States recorded its 200,000th death from the pandemic, show how the White House effort to end the crisis has been systematically repurposed to service Trump’s hopes of a second term in one of the most self-serving but dramatic manipulations of presidential influence in modern memory.

Trump has spent years weaponizing executive power for his political and personal gain: he was impeached, after all, for trying to get Ukraine to interfere in the election, and he’s driven professional, qualified officials who challenge his own warped view of reality from his administration.

But there is a sense, which becomes more palpable by the day, that he is driving America to a dangerous place in the weeks leading up to the election, and that the most tense and divisive days for many years could be ahead, as he tries everything in his power — and beyond it — to stay in the White House.

Trump takes fresh aim at the fairness of the election

Even before Trump’s destabilizing remarks, Washington was already on edge, given the raised stakes of a looming election and the sudden vacancy on the Supreme Court, which is promising the most confrontational confirmation battle in years — even by the standards of previous struggles of high court nominees.

Trump is well within his rights to nominate a replacement for Ginsburg — a move that will enshrine an unassailable conservative majority, potentially for decades. There is also nothing to stop the Senate Republican majority from seeking to confirm the person, notwithstanding clear GOP hypocrisy after Senate Majority Leader Mitch McConnell refused to confirm then-President Barack Obama’s third nominee in a presidential election year.

But the President’s suggestion that the Supreme Court could be called in to adjudicate the election threatens to trigger new fury over the nominating process. If a candidate is installed in the coming weeks it will raise the possibility that a new justice who is recently beholden to the President for a lifetime appointment could be called upon to rule on his political fate in a clear and obvious conflict of interest.

Given this administration’s hair-trigger tendency to resort to questionable legal action, and record of accelerating cases to the Supreme Court, the possibility of a bitter aftermath to the election looks very real.

“I think this will end up in the Supreme Court and I think it’s very important that we have nine justices,” Trump said, referring to the election and his false claims that mail-in voting, which is attractive to many Americans amid a pandemic, is a corrupt Democratic scheme.

The President said it was better that a ninth justice was on the bench before the election, “because I think this scam that the Democrats are pulling, it’s a scam, this scam will be before the United States Supreme Court and I think having a four-four situation is not a good situation if you get that.”

It was stunning to see a President be so frank about an apparent scheme to invalidate his election duel against Biden if he does not emerge as the winner of the Electoral College.

Trump’s repeated assaults against good governance, constitutional tradition and respect for the norms and the customs of the presidency can often appear arcane and may not mean much to Americans mired in a pandemic, facing massive job losses and have kids stuck at home because school is closed. And the President’s defenders often accuse the media of taking his statements too literally.

But the experience of Trump’s past actions and his incessant attack on the election leave little doubt he is serious about his threat to launch an unprecedented attack on US democracy to stay in power if Biden wins. If he were to succeed in such an attempt, the United States would suffer historic damage to its long-resilient political system.

Trump acts to suppress the truth about the pandemic

The President’s comments about the election overshadowed yet another extraordinary day in a White House that is showing there are few limits to what it will do to get Trump a second term. In recent days, the President has declared the US is turning the “corner” on the pandemic, even though experts warn that a second wave of infections could build off an already elevated base and lead to tens of thousands more deaths.

And Trump is pressing on with packed rallies that pose a high risk of infection to his supporters and people they may meet in subsequent days. At the same time, he’s insisting that all schools should open.

CNN’s Jim Acosta reported Wednesday that Birx, who was once the face of the coronavirus response, has told people around her that she is “distressed” with the direction of the task force and thinks that the current state of the pandemic response is nightmarish. Birx believes that Dr. Scott Atlas, a recent addition to the task force — who briefed the press from her former spot at the podium Wednesday — is an unhealthy influence on Trump and is feeding him bad information on the efficacy of face masks.

“The President has found somebody who matches what he wants to believe,” a source close to Birx said of her view of Atlas’s relationship with Trump. “There is no doubt that she feels that her role has been diminished.”

Atlas denied that Birx was distressed. But he demonstrated in real time how the White House has been leaning on the experts at the US Centers for Disease Control and Prevention in ways that benefit Trump’s political narrative. In the latest rebuke to Dr. Robert Redfield, Atlas said that the CDC “misstated something” when he said that 90% of Americans were still susceptible to coronavirus.

Political interference also rippled through Trump’s response to reports that the Federal Drug Administration was considering tougher standards for a Covid-19 vaccine to ensure that volunteers used to test it did not suffer side effects. Such a ruling would make it almost impossible for a vaccine to be approved before Election Day, dashing Trump’s hopes of an “October Surprise” announcement.

“We’re looking at that. It has to be approved by the White House,” Trump said, claiming that companies making vaccines were coming back with great results and accusing the FDA of a political move.

“I don’t see any reason why it should be delayed further because if they delay it a week or two weeks or three weeks, you know, that is a lot of lives you’re talking about,” he added.

Such an attitude by Trump, who has repeatedly advanced unproven therapies for Covid-19, threatens to crush the safeguards that have long underpinned medical science, which evaluates on vaccines on multiple stage peer-reviewed trials. It could also further dent public confidence in the potential vaccine — the best chance to end the pandemic.

However the data is interpreted on both these questions, his comments sparked yet another torrent of confusion about the administration’s pandemic response.

When challenged by a reporter about the multiple discrepancies between the White House and the CDC, Atlas, whose expertise is in neuroradiology, said sharply: “You’re supposed to believe the science and I’m telling you the science.” 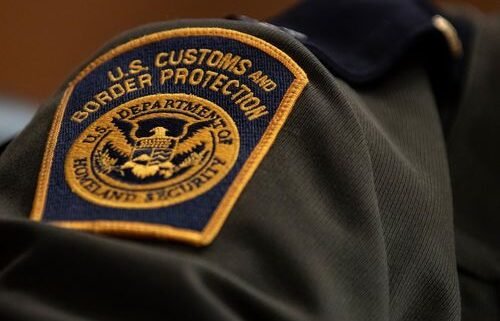 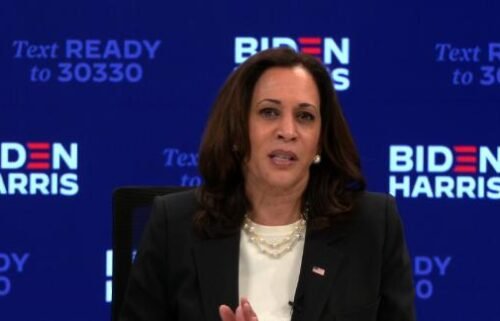