The two dozen volunteers who gathered outdoors on a humid Saturday morning had a very specific assignment: Fan out through the surrounding neighborhood in the hopes of persuading Democrats to show up in Tuesday’s primary election and vote for secretary of state candidate Bee Nguyen.

But Nguyen, a state lawmaker who has helped lead the fight against Republican efforts to restrict voting in this presidential battleground, framed the mission in stark terms.

“This race is about defending the freedom to vote,” Nguyen said, standing before a picnic table covered in glossy campaign flyers. “It is about protecting the future of our democracy.”

The battle to become Georgia’s next secretary of state and preside over the 2024 presidential election here has emerged as one of the most hotly contested fights for election chiefs this year. The job has taken on new weight after repeated attempts by former President Donald Trump and his allies to overturn his 2020 loss in the state. In the aftermath of that election, the Republican-controlled legislature passed sweeping changes to voting rules — actions that critics say are aimed at dampening the record turnout from 2020 that helped President Joe Biden become the first Democratic presidential contender in nearly 30 years to win the Peach State.

Republicans are facing a contentious primary of their own on Tuesday, with the incumbent, Brad Raffensperger, who famously rebuffed Trump’s request to “find” votes, facing several challengers including Rep. Jody Hice. Hice, one of the 147 House Republicans who voted against certifying Biden’s win on January 6, 2021, won Trump’s backing in the race as the former President seeks to exact revenge on Raffensperger and other Republicans he views as disloyal.

For Nguyen to take on the eventual Republican nominee in the fall, she will first have to win Tuesday night. If she does capture the Democratic nomination and then prevails against the GOP candidate, she would become the first Asian American elected to a statewide political post in Georgia. And that win might signal that the fast-changing demographics that helped propel Biden to victory here nearly two years ago had become a durable path to power for Democrats in this Deep South state.

“We’re battling for the soul of the nation right here in Georgia,” said veteran Rep. Hank Johnson, D-Georgia, and the whip of the Congressional Black Caucus.

He’s endorsed the 40-year-old Nguyen, bypassing four other Democratic contenders. “She is our future,” he said.

Nguyen, the daughter of Vietnamese refugees, has risen swiftly in the state’s Democratic politics. The founder of an youth-focused nonprofit was first elected in late 2017 to fill the Atlanta-area state House seat then held by Stacey Abrams, who was seeking the governorship at the time. Abrams, the 2018 Democratic nominee for governor, is making her second consecutive bid for the office this year.

Nguyen’s victory in a runoff made her the first Asian American woman in the Georgia General Assembly. But Nguyen (pronounced “win”) vaulted to national prominence in December 2020 when a video of her methodical and public takedown of election fraud claims by Trump allies went viral.

Nguyen had spent time before a legislative hearing holed up in her office, examining the lists of voters who the Trump campaign alleged may have committed election fraud in Georgia. In one case, she drove to see a constituent who the campaign claimed had voted in both Georgia and Virginia.

The voter and her husband have “lived in Georgia their entire lives” and “have lived in that same house since 1985,” Nguyen said during the Q&A with an analyst whose research had been cited in lawsuits brought by Trump and his allies. “They’ve never even been to the state in which they are alleged to have double-voted.”

Since announcing her bid last year, Nguyen has racked up national endorsements, including the support of the Democratic Association of Secretaries of State and EMILY’s List, the influential Democratic political committee that backs female abortion-rights candidates.

And just days before the primary, Atlanta’s Mayor Andre Dickens, who scored an upset in last year’s elections, added his backing.

Georgia’s election rules require candidates to win more than 50% of the vote to avoid a runoff. So, in the final sprint to the primary, Nguyen darted around the metro Atlanta area, seeking last-minute face time with voters.

Further complicating matters for down-ballot Democratic candidates like Nguyen, the early data suggest that thousands of Democrats who have voted early crossed party lines to vote in high-profile Republican primaries. So, Nguyen’s supporters are trying to urge reliable Democrats to show up on Tuesday, grab Democratic ballots and back her.

On Friday, she played bingo at a senior citizen center. On Saturday morning, she met with canvassing teams, before slipping out to attend a family christening — where she says she badgered guests about their voting plans for Tuesday.

Saturday evening, she and her team made a pitch for votes and campaign money at a backyard party attended by a clutch of business owners, other Democratic politicians and some of her staff and volunteers.

In an interview with CNN, she talked wistfully about the half-marathons she no longer has time to run. Her skateboard, a pandemic gift from her partner and fellow Democratic state representative David Dreyer, sits unused in the trunk of her car these days. (The couple met while door-knocking several years ago for Democratic Rep. Sam Park, the first Asian American Democrat elected to the Georgia General Assembly. Nguyen would become Park’s campaign manager and his legislative chief of staff before running for office herself.)

Her rivals for the nomination have bristled at the national attention showered on Nguyen.

“I’m the only candidate — especially compared to Bee Nguyen — who has direct experience with elections,” said Eaves, 60, who served 11 years on the Fulton County commission. Fulton County, which includes swaths of Atlanta, is the state’s most populous.

And Nguyen’s supporters, he said, are misreading Georgia’s Democratic electorate, which remains heavily African American and that he needs in his bid to become the first Black person elected secretary of state in Georgia.

In the interview, Nguyen said she has defied expectations ever since she began running for office. “I was told, ‘You’re not the right candidate. Wait your turn,’ ” she said. “But no one said, ‘You’re not smart enough. You’re not committed enough or you’re not going to do a good job for the people in your district.’ “

Her team hopes that the relentlessly campaigning by Nguyen and her volunteers, along her fundraising, will deliver an outright victory Tuesday. Her donations have topped $1.2 million for this once low-profile seat, records show — giving her the budget to pay for television ads to introduce herself to Democratic voters.

“I’ve seen her face on TV,” said Dexter Green, a 71-year-old retiree, as he listened to music at a festival in Hapeville, Georgia, on Saturday afternoon. He said he had cast his ballot during Georgia’s early voting window and had voted for Nguyen.

Several yards away, Nguyen’s campaign manager Maria Banjo handed Nguyen’s flyer to an African American woman, who chatted politely with Banjo about having a Vietnamese student with the same surname.

But after Banjo walked away, the woman told a reporter that “if there’s another Black person running, I’m voting for them.”

“We don’t see enough of us in these positions,” she added, declining to provide her name.

In a sign of Georgia’s emergence as a political battleground and Nguyen’s national profile, volunteers from as far away as Washington state joined the campaign’s final get-out-the-vote push over the weekend — brought together by Common Power, an organization that helps blue state progressives volunteer in swing states.

Diane Douglas, a nonprofit and foundation consultant in the Seattle area, was among the out-of-state volunteers. She had taken a red-eye flight that landed in Atlanta at 7 a.m. Saturday, and by early that afternoon, she was knocking on doors.

Georgia’s swing to Biden — and to Democratic Sens. Jon Ossoff and Raphael Warnock in the 2020 election — has made the state central to Democrats’ future hopes, Douglas said.

And hitting the streets to help Georgia Democrats like Nguyen, she said, is “my duty as a citizen.”

As Nguyen stumps in Georgia, she touches frequently on how her family’s refugee experience shapes her views.

Following the fall of Saigon in 1975, Nguyen said her father — a pharmacist and lieutenant who served in a medical role in the South Vietnamese army aligned with Americans — was imprisoned for three years in a reeducation camp. Once he was released, the family fled — a harrowing journey that included a rescue at sea by a Thai fisherman.

The family resettled in Iowa in the late 1970s, where Nguyen was born in 1981. They moved to Augusta, Georgia, when she was young.

Nguyen said her parents are not particularly political, encouraging their children to “keep their heads down,” study hard and build professional lives. But Nguyen said she and her four sisters also were taught not to take their civil liberties for granted.

“My parents would say, ‘We never ever thought we would lose our country, but the signs were there. The writing was on the wall.’ “

“I draw a comparison to what we are seeing as it pertains to the fragility of our democracy,” she said. “Republicans have told us they don’t believe in the legitimacy of the 2020 election.”

In speeches, she warns that the US is just “one to two cycles away from a constitutional crisis” — that moment when some election official chooses to bypass the will of voters.

Nguyen and other critics of Georgia’s sweeping 2021 election law, known as SB 202, saying it lays the groundwork for election subversion. Among other things, the law grants the state’s election board the power to order performance reviews of county’s elections operations and appoint a temporary administrator.

The board already has done so for heavily Democratic Fulton County at the request of several Republican legislators.

During a recent televised debate, Nguyen and the other Democratic candidates running for secretary of state said they do not support defending SB 202 in court.

Multiple pending lawsuits challenge the law — including one filed by the US Justice Department and another brought by Asian Americans Advancing Justice-Atlanta, which is run by her younger sister, Phi Nguyen. (Nguyen said her sister recently told her: ” ‘I hope you know that if you are secretary of state, I’m still going to sue you.’ “)

In addition to guarding against attempts to subvert the election in 2024, Nguyen said helping voters more easily navigate Georgia’s election laws would be a top priority.

That includes using text messages and other means to repeatedly alert voters to changes in their polling places and establishing “secure kiosks” where Georgians could submit absentee ballots applications and scan the forms of ID now required to vote by mail under the new law.

Georgia Gov. Brian Kemp, a Republican, used his post as state elections chief to move up the ladder to higher office. But Nguyen quickly demurs when asked about her future ambitions. 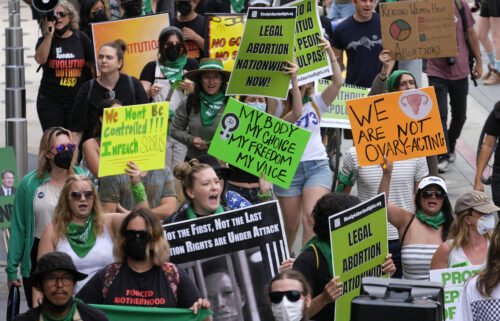 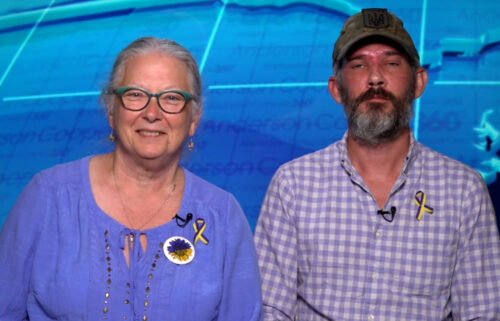 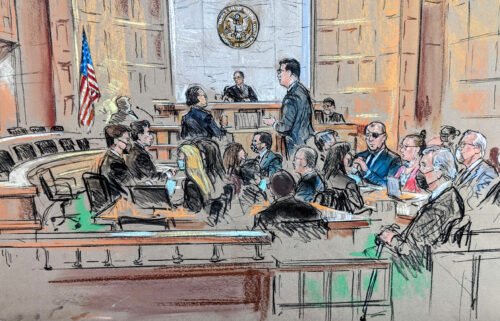