Stop if you’ve heard this one: Stephen King’s “In the Tall Grass,” a Netflix movie based on a novella he wrote with son Joe Hill, starts intriguingly enough, but doesn’t produce a satisfying payoff. Fittingly, for a story about wandering around in a field, it winds up going nowhere.

The problem with King’s current hot streak is that everything short of his shopping lists will be made into movies and TV shows, no matter how slim the conceit. Hence, the two-part “It,” the upcoming “Doctor Sleep” and a second season of “Castle Rock” on Hulu, all within a few months.

Despite an uneven track record, “In the Tall Grass” gives the lamest King adaptations a run for their money, as writer-director Vincenzo Natali labors to stretch out the story, which takes a wrong turn in more ways than one.

Almost instantly getting into things, the movie opens with a brother and sister (Avery Whitted and Laysla De Oliveira) who are driving to San Diego when they hear a boy’s voice yelling for help from a nearby field.

“There’s something wrong here,” the brother, Cal, says to his sis, who’s pregnant, as the two venture into the field and find they can hear each other, but can’t see or find each other, although it turns out they’re not alone.

So instead of a field of dreams, it’s a field of nightmares, one where the most identifiable face belongs to Patrick Wilson as the patriarch of a family that has also gotten lost inside.

No matter how many ways Natali finds to shoot things — including overhead shots of billowing blades — a sense of claustrophobic tedium pretty quickly sets in. Nor does more detail about the central duo and their backstory appreciably help matters.

Time bends and bad things happen, but far from a dramatic high, “In the Tall Grass” doesn’t deliver a consistent sense of jeopardy, and there’s even less clarity in the rules of what’s happening and why. That’s all exacerbated by the need to blow what at its best might have accommodated a half-hour “Twilight Zone” episode into a 100-minute movie.

So yes, there’s something wrong here, all right, which won’t dissuade other filmmakers from rushing to bring more King titles to the screen. About all one can say about the movie in that context is better luck next time, or the next, or the time after that.

“In the Tall Grass” premieres Oct. 4 on Netflix. 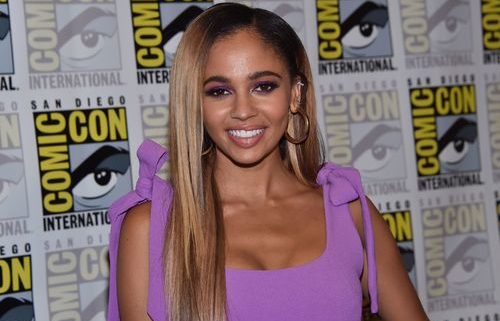