Academy Award-winning actress Mo’Nique has filed suit against streaming giant Netflix, alleging that they discriminated against her as a black woman.

The suit, obtained by CNN, states that Netflix offered the star $500,000 to appear in a one-hour comedy special, while signing multi-million dollar deals with other comedians, including Jerry Seinfeld, Amy Schumer, Dave Chappelle, Chris Rock and Ellen DeGeneres.

“The terms of Netflix’s offer to Mo’Nique were discriminatory based on her gender and race/color,” the suit states. “The offer tried to perpetuate the drastic pay gap experience by Black women” when compared to both men and white people.

In January 2018, Mo’Nique called for her fans to boycott Netflix over the alleged offer.

She has also complained in the past of having been “blackballed” in Hollywood for, she has said, standing up for her rights.

Mo’Nique alleges that her representatives pushed back on the Netflix deal, to no avail.

“Indeed, Netflix simply refused to engage in any negotiation and presented its offer on ‘take-it-or-leave-it’ terms,” the suit states.

Mo-Nique also accuses Netflix of lacking diversity within the company.

“Netflix has maintained a corporate culture — reaching the highest levels of senior leadership — that has been insensitive to Black workers,” her claim states. “Relatedly, the company has been plagued by a lack of racial diversity within senior leadership, as well as across the organization.”

“We care deeply about inclusion, equity, and diversity and take any accusations of discrimination very seriously,” a spokesperson for Netflix told CNN in a statement. “We believe our opening offer to Mo’Nique was fair — which is why we will be fighting this lawsuit.”

The actress won the best supporting actress Oscar in 2010 for her role in the film “Precious.”

Her suit lays out her career achievements as reason for why she should have been offered more money for the comedy special.

“Despite Mo’Nique’s extensive résumé and documented history of comedic success, when Netflix presented her with an offer of employment for an exclusive stand-up comedy special, Netflix made a lowball offer that was only a fraction of what Netflix paid other (non-Black female) comedians,” the suit states.

“Hi My Loves I can confirm that today I filed a pay discrimination lawsuit against Netflix,” she wrote in her Instagram post. “I had a choice to make: I could accept what I felt was pay discrimination or I could stand up for those who came before me and those who will come after me. I chose to stand up. I don’t have any further comment this time, but I appreciate all of your support and love.”

CNN has reached out to her reps for additional comment. 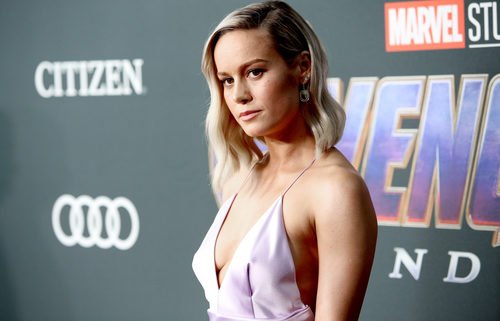