Shortly after Chrissy Teigen released a lengthy statement Monday about being a “troll,” one of her alleged targets came forward to talk about the damage he says has been done.

“Project Runway” contestant Michael Costello posted a statement on his verified Instagram account saying he “wanted to kill myself and I still am traumatized, depressed, and have thoughts of suicide” after alleged bullying by Teigen in 2014.

“I didn’t want to do this, but I can not be happy until I speak my mind,” he wrote in the caption. “I need to heal and in order for me to do that I must reveal what I’ve been going through.”

CNN has reached out to reps for Teigen for comment.

According to Costello, Teigen accused him of being a racist based on what he said was a “photoshopped comment” that he said has since been proven to be false and taken down.

He says he tried to reach out to Teigen to correct her, but says he was rebuffed.

“When I reached out to Chrissy Teigen to communicate that I was the victim of a vindictive cyber slander, and that everything she thought I was is not who I am, she told me that my career was over and that all my doors will be shut from there on,” he wrote in his Instagram post, which also includes alleged direct messages with Teigen.

The designer alleges that Teigen and her stylist, Monica Rose, hurt his career by threatening brands that wanted to work with him.

CNN has also reached out to Rose for comment.

The entire situation has haunted Costello for years, according to his statement.

“So many nights I stayed awake, wanting to kill myself,” he wrote. “I didn’t see the point of living.”

On Monday Teigen shared a lengthy Medium piece she wrote, stating “I was a troll, full stop. And I am so sorry.”

According to Teigen, there are “more than just a few” people she needs to publicly apologize to and she says she’s been reaching out to some of the people she was mean to privately.

“I know I’ve been quiet, and lord knows you don’t want to hear about me, but I want you to know I’ve been sitting in a hole of deserved global punishment, the ultimate ‘sit here and think about what you’ve done,'” Teigen wrote. “Not a day, not a single moment has passed where I haven’t felt the crushing weight of regret for the things I’ve said in the past.” 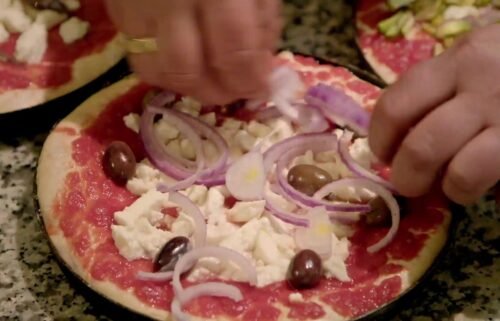