It’s famous for its docks, the Beatles, and its two world-renowned soccer teams — but now, Liverpool is going through a different kind of notoriety.

The port city in northwest England — which built much of its fortune on slavery — has been stripped of its coveted UNESCO World Heritage status, after a global committee decided that new developments in the city have taken too much of a toll on its historical fabric.

The decision was taken by UNESCO’s World Heritage Committee, which is currently in session in Fuzhou, China.

Previously, Liverpool had been one of 53 sites on UNESCO’s World Heritage in Danger list — a kind of watch list which allows authorities to seek global solutions to preserve the heritage at stake.

It had been on the endangered list since 2012, having first been added to the World Heritage list in 2004 — a status awarded to other major tourist destinations including Machu Picchu in Peru, the Pyramids of Giza in Egypt and Greece’s Acropolis.

UNESCO said in a statement that the city had been “deleted” from the list “due to the irreversible loss of attributes conveying the outstanding universal value of the property.”

It called the development of Liverpool Waters — a decades-long planned regeneration of the city’s famous docks — “detrimental to the site’s authenticity and integrity.”

The development’s proposal — which includes apartments, offices, shops and hotels in the old docks — was responsible for Liverpool’s inscription on the endangered list in 2012.

But locals say it has also been a crucial project for providing local jobs.

A new stadium for soccer team Everton proposed for the Bramley-Moore docks was also cited by UNESCO as a factor in deletion.

Noting their “regrets,” the committee wrote that the “State Party has not complied with the repeated requests of the Committee.”

Joanne Anderson, mayor of Liverpool, has said she is “hugely disappointed and concerned” by the decision, claiming that UNESCO hasn’t fully evaluated the city in “a decade” and calling the decision “completely wrong.”

“Our World Heritage site has never been in better condition having benefitted from hundreds of millions of pounds of investment across dozens of listed buildings and the public realm,” she added.

“We will be working with Government to examine whether we can appeal but, whatever happens, Liverpool will always be a World Heritage city. We have a stunning waterfront and incredible built heritage that is the envy of other cities.

“Our commitment to maintaining and improving our buildings remains as strong as ever and will continue to be a key part of our drive to attract visitors, along with leisure, retail and events.”

“I find it incomprehensible that UNESCO would rather Bramley Moore Dock remain a derelict wasteland, rather than making a positive contribution to the city’s future and that of its residents.”

Steve Rotheram, mayor of the Liverpool City Region, also condemned the move, calling it a “retrograde step that does not reflect the reality of what is happening on the ground.”

“Places like Liverpool should not be faced with the binary choice between maintaining heritage status or regenerating left behind communities — and the wealth of jobs and opportunities that come with it,” he said in a statement.

“Yes, there is some new development, but the forest of skyscrapers that raised alarm bells in the first place, simply hasn’t materialized.

“UNESCO asked for a moratorium on development in the city centre. They were told that went against UK planning law.

“Since we’ve not had not a full UNESCO mission visit since 2011, invitations have been constantly made over the past decade to resolve this impasse.”

UNESCO says that the last visit was made in 2015 — and that Isabelle Anatole Gabrielle, chief of the Europe and North America desk of the World Heritage Center, also visited in 2017 to meet with representatives of the city council. Liverpool insist, however, that neither of these were “full” visits.

Liverpool is the third World Heritage Site to be deleted from the list, following the Elbe Valley in Dresden, Germany, and the Arabian Oryz Sanctuary in Oman.

The committee will be evaluating whether global icons such as Venice and the Great Barrier Reef should be placed on the In Danger list. 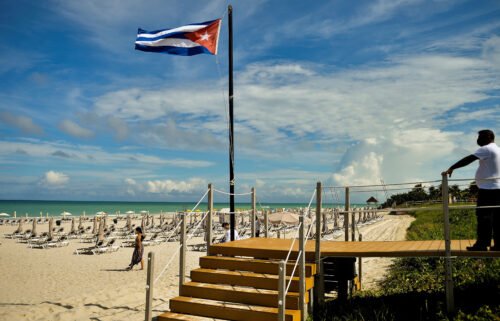 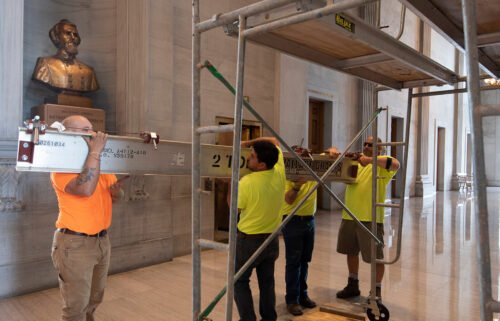 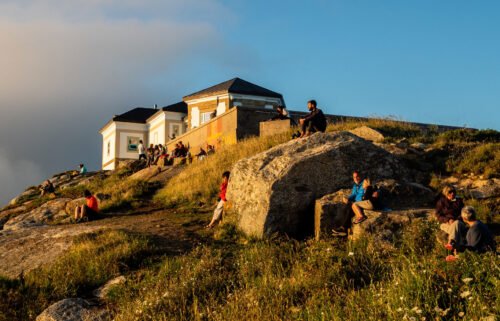