Video shot from a helicopter shows a woman leading Texas troopers on a high-speed chase and crashing into a pickup, then taking off on foot holding a baby in a carrier.

KSAT, the ABC affiliate in San Antonio, cited state troopers who identified the woman as 29-year-old Caitlyn Rodriguez. KSAT reports Rodriguez was wanted on warrants and drove off after troopers attempted to stop her.

Authorities say the woman was traveling at about 100 mph before she rear-ended the pickup that had stopped at a light. She jumped out of her SUV, grabbed the child carrier and ran.

She then climbed into another vehicle containing a woman and child. Troopers blocked the vehicle and got everyone out.

DPS says the woman was charged with child endangerment, evading arrest and possession of a controlled substance. The baby was released to Child Protective Services. 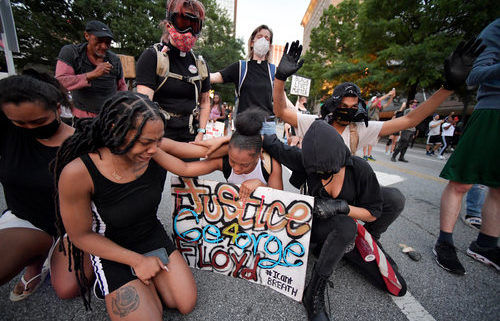