A grand jury has indicted the sitting Granville County, North Carolina, sheriff on two felony obstruction of justice charges, alleging the lawman ignored and encouraged a plot to kill one of his deputies, according to court documents.

Sheriff Brindell Wilkins not only knew of the threat to kill the now-former deputy, Joshua Freeman, but he coached a would-be assailant on how to get away with the crime, the indictment handed down Monday alleges.

“The defendant failed to properly execute his duties because of his personal animosity towards Joshua Freeman, who defendant was told had expressed an intention to publicly disclose to authorities a purported audio recording of the defendant using racially offensive language,” says the indictment, which followed a 10-month investigation.

After learning of the recording, the indictment says, Wilkins in August 2014 told a would-be assailant, who is not named, to “take care of it.”

Wilkins also offered some instruction on how to get away with the killing, saying, “You ain’t got the weapon, you ain’t got nothing to go on,” the indictment alleges.

“The only way we find out these murder things is people talk. You can’t tell nobody nothing — not a thing,” the indictment quotes Wilkins as saying.

Wilkins also discussed the time and location “of where the murder might successfully occur,” according to the indictment, and at one point in the interactions, the sheriff was shown the firearm that would be used in the crime.

Wrenn said at an afternoon news conference that the sheriff is an independent, elected official. A state statute allows a county attorney or district attorney to prosecute the removal of a sheriff in certain cases, he said, but he was only in the initial stages of his investigation.

“Currently the only information I have about this matter is the same information that is available to the public,” he told reporters. “I am mindful of the need to preserve the public confidence and the integrity of the office of the sheriff, but I am also mindful that there’s an ongoing criminal investigation into these charges.”

A welcome message on the sheriff’s website says, “Each citizen is the reason for our existence. We will serve the citizens of Granville County with honor, treat them with dignity, and welcome their assistance in assuring the safety and security of our community. … We will provide equal enforcement and protection of the law without prejudice or favor.”

Wilkins appeared before a magistrate Monday afternoon and was released on a $20,000 unsecured bond, court documents indicate. A judge ordered him to give up his passport, the document says.

Attempts to reach Wilkins’ counsel in the criminal case were not immediately successful.

His next court date is scheduled for October 9.

On November 14, Waters wrote Lorrin Freeman, asking for her assistance in assessing the recording that Joshua Freeman had provided to him when Waters was in private practice.

Twelve days later, Lorrin Freeman sent a letter to the State Bureau of Investigation to say she had reviewed the recording, which “contains a conversation between two individuals, one of whom appears to be the Granville County sheriff, about a former deputy sheriff and culminates in a discussion about committing a homicide.” She requested the bureau’s assistance in investigating the matter.

Freeman briefed Wrenn and county manager Michael Felts on the indictments Monday evening, and they notified the county Board of Commissioners about the indictments.

The board has no authority over the sheriff’s office but is monitoring the situation, according to a statement.

According to Lorrin Freeman’s office, this is not the only matter for which Wilkins’ office is being investigated. Another probe is looking into allegations surrounding the sheriff’s office’s “accounting practices and controlled substance interdiction efforts,” she said in a statement. 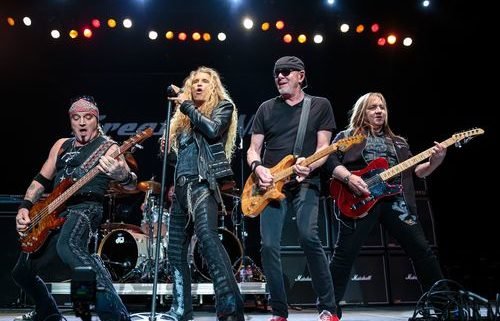