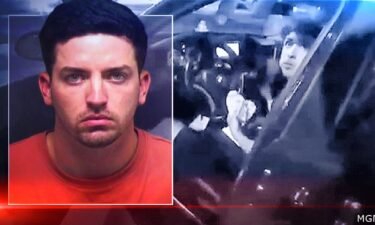 EL PASO, Texas -- The migrant situation in El Paso is still a concern for the city.

Jorge Rodriguez, emergency management coordinator with the Office of Emergency Management, went over how migrant encounters have gone up from late October to the first week of November.

"Looking at October, of course, we had a wide, a very wide range, anywhere between 300 to 1,200 at its peak, and you also see how that played out over the course of the month, but for October we saw over 21,832 migrants come through the community," Rodriguez told council members.

According to U.S. Customs and Border Protection, on November 2, there were more than 1,600 encounters.

Nicole Cote, director of management and budget for the City of El Paso, reviewed the cost recovery.

Cote said the total overall cost for this calendar year was $9.52 million, and the city had been reimbursed for about $2.2 million. That gives them a pending reimbursement of $7.28 million.

According to Cote, last Friday, an application for reimbursement was submitted for the third quarter of the year, which she says covers costs for July through September.

El Paso's Deputy City Manager Mario D'Agostino said CBP asked the city last weekend to reopen a processing center to help with the recent increase of migrants, but city officials declined saying it needed to secure funding before it starts any new operations.

"We have been very clear with Border Patrol, the federal and state local partners that we're not going to go operational until we get that secured funding," D'Angostino told council members Monday.

Since the city has seen a large influx of migrants again, city officials told council members the county's processing center is not fully functional.

"The county center is not able to take on their full capacity yet, they're actually predicting a couple of weeks out 'till they reach that 600 number, D'Angostino explained. We're seeing a large, we're seeing a large influx of people coming in through the border again; we're seeing those high numbers. While they are sponsored, it's just there's more people than the county's processing center can handle so they're asking us to open back up as a processing, welcoming center, it'd be the same operation without those long distance transports provided by us."

ABC-7 reached out to the county for comment on the staffing shortages, and got the following from county spokesperson Laura Gallegos:

"The County is processing 300 per day and is ready to scale up to 500 per day should CBP need to decompress further.  Our first week of operation (October 10) we saw only Venezuelans.  Since the Title 42 order for Venezuelans took place, we have been assisting Nicaraguans, Cubans, Dominicans, Peruvians, Ecuadorians and Columbians."