Google’s parent company has scaled back its plans for developing a Toronto neighborhood to potentially get approval from local officials following a backlash that put the project’s future in doubt.

Waterfront Toronto, the government agency overseeing the development, announced Thursday that it has agreed to evaluate Alphabet’s plans after major concessions from the tech company, including a much smaller plot of land for the development and less control over data. The agreement keeps Alphabet’s project alive.

Alphabet’s goal to build a model neighborhood for the digital age has been controversial since it was announced in October 2017. Last year, Ontario’s auditor general said the process to select Alphabet was rushed. Several officials, including the head of Waterfront Toronto, have since resigned.

In June, Alphabet tried to win over Toronto with a 1,524-page plan detailing how the neighborhood would be designed and function. It described eco-friendly wood buildings as well as streets designed for pedestrians, cyclists and self-driving cars. Critics objected to how much power Alphabet sought.

“They asked for too much land, too much control over data, and too much control over governance,” said Joe Cressy, a Toronto city councilman who sits on Waterfront Toronto’s board of directors. “These are significant changes that make taking the next step possible. Without them, we would have had a responsibility to say ‘no’.”

Alphabet’s development will be limited to 12 acres, rather than the 190 acres it described in its plan. Alphabet will not be the project’s lead developer, and there’s no guarantee that public transit will be extended to its site. Personal information collected in the development will be stored in Canada. Alphabet has also scrapped its plans for an urban data trust, a new and largely untested solution. It will comply with existing and future regulations.

“This project has been de-fanged,” tweeted Bianca Wylie, a Toronto activist and critic of the project.

Sidewalk Labs, the urban innovation subsidiary of Alphabet, said in a statement that it was pleased with Waterfront Toronto’s decision.

“We are working to demonstrate an inclusive neighbourhood here in Toronto where we can shorten commute times, make housing more affordable, create new jobs, and set a new standard for a healthier planet,” Sidewalk Labs CEO Dan Doctoroff said in a statement.

Hurdles still remain before Alphabet can break ground. There will be more public consultation, such as open forums to discuss the project, in early 2020. Waterfront Toronto will make its ultimate decision by the end of March.

“There is still much work to do,” said Stephen Diamond, Chair of the Waterfront Toronto board of directors. “Let me be clear: this is not a done deal.” 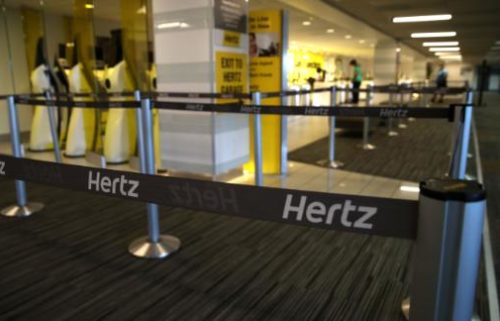