Elizabeth Warren’s aggressive plans to level the playing field for the American economy are drawing heavy fire from billionaires, even ones who acknowledge the system needs to be fixed.

JPMorgan Chase boss Jamie Dimon said this week that Warren “vilifies successful people” and her plans would change “the complete nature of how you run a corporation.”

Fellow billionaire Leon Cooperman claimed the Democratic presidential candidate is “s—-ing on” the ‘f—–ing American dream.” The chair and CEO of Omega Advisors, who has promised to give away his fortune to charity, even choked up talking about Warren’s wealth tax. And he joked that Warren’s policies would be so disastrous that “they won’t open the stock market” if she wins the White House.

Warren is hardly the first presidential candidate to rail against the billionaire class and claim the system is rigged. Donald Trump made similar populist appeals, holding up Goldman Sachs as a symbol of the corrupt establishment, before he went on to hire executives from the bank to help him run the country.

But few believed Trump, backed by a Republican Congress, would actually adopt an anti-business agenda beyond trade policy (and some probably didn’t think he’d really launch a trade war, either.)

Warren, on the other hand, is viewed as a potential gamechanger.

“You suddenly have people who never thought they would have to play defense for capitalism come out of the woodwork because they perceive a threat to the system,” said Ian Winer, a former hedge fund executive who is now an advisory board member at investment bank Drexel Hamilton.

The billionaire backlash stems from apprehension over the extent of Warren’s efforts to remake the American economy by raising taxes on the ultra-wealthy.

Warren wants to unwind a chunk of the 2017 corporate tax cuts, impose a wealth tax of 6 cents on every dollar of net worth above $1 billion and raise capital gains taxes.

The new taxes would help for ambitious programs, including Warren’s proposed Medicare-for-All plan and one that would eliminate student debt for millions of Americans and make all public colleges tuition-free.

Her aggressive reforms are aimed at fixing America’s very real inequality problem. Warren’s campaign, along with that of Bernie Sanders, is built on the idea that the gains are disproportionately going to the rich. And that many households don’t have access to the same opportunities to achieve the American dream.

The numbers back that up, even after the longest economic expansion in US history.

Numbers like that fuel the sense that the American dream is not alive and well.

“The data don’t back up the dream,” Mary Daly, the president of the San Francisco Federal Reserve, told CNN’s Poppy Harlow this week.

Daly said that the “strong economy” over the past decade has managed to close some of the gaps that exist between rich and the poor, but only “a little bit.” She added, “the gaps are still big.”

Not long ago the middle class controlled much more of America’s wealth than the super-rich. In 1989, the middle class held $7.1 trillion, compared with $4.7 trillion for the top 1%, according to the Fed.

Daly argued the inequality problems are a result of “structural” obstacles in the system, including access to education, that can’t be papered over even by a strong economy.

“What scares me on that front is we don’t have enough access to things that allow people to be their best selves,” Daly said. “And that means we’re going to limit our growth potential.”

“Americans do not resent great wealth, as long as it was not achieved through cheating and stealing,” Sonnenfeld said.

Microsoft founder Bill Gates became the latest billionaire to weigh in on Warren.

Asked if he would ever discuss tax policy with Warren, Gates said: “I’m not sure how open minded she is…or that she’d even be willing to sit down with somebody who has large amounts of money.” Gates, who was speaking on Wednesday at the New York Times Dealbook conference, said he supports higher taxes on the wealthy.

For her part, Warren pointed out that the backlash from billionaires is proof that the system needs to be fixed.

“The fact that they’ve reacted so strongly — so angrily! — to being asked to chip in more tells you all that you need to know,” she tweeted on Tuesday. “The system is working great for the wealthy and well-connected, and Jamie Dimon doesn’t want that to change. I’m going to fight to make sure it works for everyone.”

Some billionaires are well aware of the problems in the current system.

Cooperman has said he believes in a progressive income tax and that the rich should pay more.

Dimon told CNN in March that the US economy is “fundamentally anti-poor” and he has led JPMorgan to try to address these problems by training low-income Americans for jobs of the future, hiring ex-convicts and investing $200 million in Detroit.

Salesforce CEO Marc Benioff recently said “capitalism, as we know it, is dead” and called for a new version that focuses more on societal good.

Ray Dalio, the billionaire hedge fund founder of Bridgewater Associates, acknowledged in a LinkedIn post on Tuesday that the “system of making capitalism work well for most people is broken.”

That’s why Dalio said the world is “approaching a big paradigm shift.”

Dalio didn’t define what that shift will look like, leaving the likes of Warren and Cooperman to sort it out. 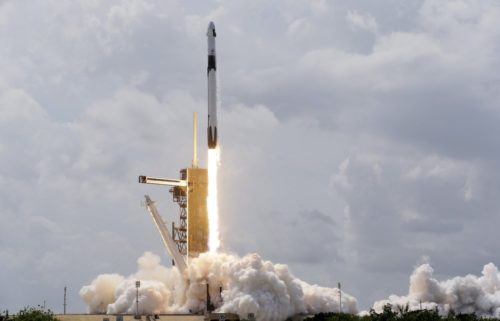