Zwillinger said trying to compete against the tech giant as a relatively new startup is not exactly a “fair fight” and that the lookalike shoe may be undercutting Allbirds’ sustainability efforts.

Allbirds is a certified B Corp, meaning that it meets intense standards of social and environmental performance, accountability and transparency in all aspects of the production process, and is known for making shoes from renewable materials. The Wool Runner uses a lightweight merino wool upper and a foam sole made of sugarcane waste rather than the typical plastic, which the company says makes the shoe both more comfortable and better for the planet.

The shoes hit the market in 2016, just as consumers were becoming more aware of the environmental impact of so-called fast fashion and beginning to demand better options. The shoe quickly shot to success, becoming a billion-dollar “unicorn” last year after garnering particular popularity among the Silicon Valley tech community.

Zwillinger said he thinks Amazon took note of that success and wanted in on it.

“They know a lot about consumers and they obviously saw that a lot of people were searching for Allbirds,” he said. “It feels like they almost algorithmically inspired a shoe that looks very similar so they could capitalize on that demand.”

Amazon recently released the similar-looking shoe, also made with a wool upper, through its “206 Collective” private label brand. The shoes sell for $45, according to Amazon.com, compared to the $95 Allbirds Wool Runners. But the company said it’s not infringing on Allbirds’ design.

“Offering products inspired by the trends to which customers are responding is a common practice across the retail industry,” a spokesperson for Amazon said. “206 Collective’s wool blend sneakers do not infringe on Allbirds’ design. This aesthetic isn’t limited to Allbirds, and similar products are also offered by several other brands.”

The spat is indicative of how Amazon’s larger private label business, which has expanded rapidly in recent years, works. The company watches which items from third-party retailers sell best on its platform and then looks at whether it can make those goods more cheaply. The company stresses that this isn’t a new strategy.

In CNN’s August documentary “Age of Amazon,” Jeff Wilke — head of Amazon’s worldwide consumer business — said imitating popular products is a common practice among retailers. “They look at the things that fly off their shelves the fastest and they see if they could save customers money and improve quality by offering a private-label equivalent.”

But Allbirds’ Zwillinger isn’t bothered only by the look of Amazon’s shoes. In fact, Allbirds actually wanted other companies to follow its lead on designing environmentally-friendly products, and to increase demand for those sustainable components so that the cost for everyone would fall. Allbirds open sourced its formulas for the sustainable fabric and sole, hoping other companies would follow suit — except perhaps not with quite such a similar design.

“If we share that openly with everyone, it’s fantastic for the planet,” he said. “It’s also good for business, it drives cost down … So sharing this is altruistic but also quite pragmatic.”

But now, Zwillinger said he doesn’t think Amazon’s shoe even uses the sugar cane sole, which could be pulling his customers away for product that isn’t as good for the planet.

“The thing that was frustrating … is that we open source all the materials,” Zwillinger said. “If they wanted to use the materials and copy our sustainability, they had all the right to do so. We gave that away.”

For now, though, Zwillinger said the company is keeping its “blinders on” and staying focused on coming up with new products that will feed consumers’ desire to shop with the Earth in mind. Last year, the company released its “Tree Runners” shoes, made of eucalyptus. Earlier this year, it developed sustainable socks. 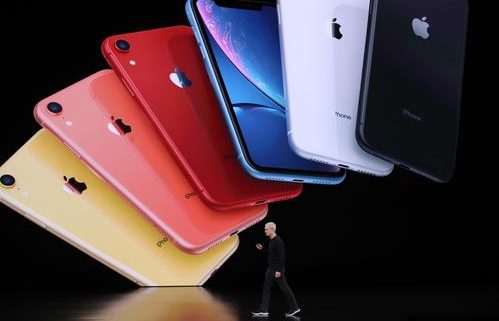