"I'll tell you right now, if I can tap into the 'Telshor Fund,' I'm prepared to spend $5 million, if needed," Mayor Ken Miyagishima told ABC-7 over Facetime.

There is currently $40 million in the the Telshor Fund, which was originally intended for healthcare purposes, Miyagishima said. He called an emergency city council meeting for Friday morning.

"We're going into uncharted territory right now," Miyagishima said. If it gets to the point where it appears to be gray, I'll lean toward moving forward."​

Last spring, the city allocated a total of $1 million from the Telshor Fund to help shelter the thousands of asylum seekers that the federal government released in the streets of Las Cruces.

"That was done very quickly," said Dolores Lucero, a former city councilwoman and longtime politician. "Right now, we haven't heard any help coming out of the city."

On Tuesday morning, hundreds of people lined up for free beans, green chile and rice at the Game I and the Game II.

"We saw evidence of a food panic this morning when we were done with 640 bags of beans, chile and rice in 20 minutes," said owner Marci Dickerson.

"Put us back to work," Dickerson said. "We don't have to have a handout. It doesn't need to be free money. Let us earn it. We have the staff. We have the kitchens."

Mayor Miyagishima said he is considering all possibilities during this crisis, including helping volunteers make surgical masks for first responders.

"I don't know if we would employ (service workers), but we might be able to contract out to various entities or restaurants to actually make the meals."

Miyagishima said federal guidelines restrict except cafeteria workers to making school meals, but the private sector could ideally make meals for their parents.

"No one in Las Cruces goes hungry," Dickerson said. "At the same time, no one goes broke." 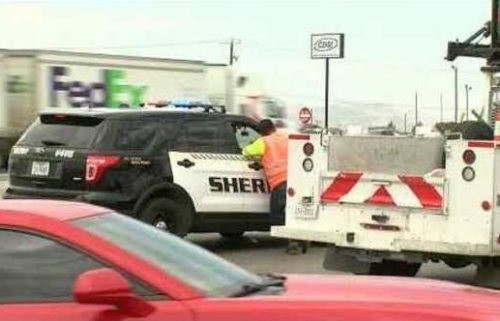