AUSTIN, Texas -- The new coronavirus continues popping up throughout Texas and at least 62 people have now tested positive, according to the latest statewide figures released Saturday.

There are cases in each of the state’s five largest urban areas, though the virus has now also appeared in counties ranging from East Texas to the Gulf Coast and El Paso recorded it's first case on Friday night with an infected man. Officials expect statewide testing capacity to increase soon.

The new statewide figures don’t include two new cases reported late Saturday afternoon in Brazoria County, which is now the third place in Texas where officials suspect community spread, which is how health officials classify cases when they don’t know how a patient was infected. In most Texas cases so far, patients had known contact with an infected person or traveled from an area where the virus is prevalent.

The Texas Department of State Health Services is releasing the statewide data, but the agency’s figures may lag behind individual county totals that local officials are tracking in their areas. The number of known cases is also potentially limited by the availability of tests.

The Houston area and North Texas remain the hardest hit regions with 22 and 16 cases, respectively. Those areas have also had at least one instance each of community spread.

The DSHS data show that cases are not limited to urban areas. There are a total of seven cases in Smith and Gregg counties in East Texas. That’s more than the combined number of cases so far in San Antonio’s Bexar County, Austin’s Travis County and El Paso County.

In issuing his emergency declaration, Gov. Greg Abbott said public health labs could test about 270 people per day as of Friday, but he expects statewide capacity to expand into the thousands as more private labs come online. DSHS’ figures Saturday include positive tests from state and private labs.

The continued increase in cases comes one day after Abbott declared a statewide public health disaster and announced plans to increase the state’s testing capacity.

The cascade of closures and mounting advice that people limit contact with others in public could disrupt Texans’ normal routines in the near future. Already, people have rushed to grocery stores to stockpile food and household items. Abbott and retail representatives have urged Texans to relax. They say that stores plan to be stocked for months, eliminating the need to load up on items.

Meanwhile, Texas business owners who were already feeling a financial pinch are worried about the economic impact of people avoiding public places and travel. 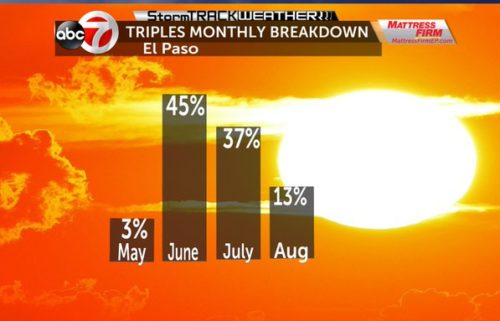