SAN ANTONIO, Texas – A doctor from Methodist Hospital in San Antonio said a young man died after attending a Covid-19 party, according to ABC affiliate KSAT.

“One of the things that was heart wrenching that he said to his nurse was, you know, I think I made a mistake. And this young man went to a Covid party,” said Dr. Jane Appleby, Chief Medical Officer at Methodist Hospital.

Appleby said the man who died was 30 years old.

“He didn’t really believe. He thought the disease was a hoax. He thought he was young and he was invincible and wouldn’t get affected by the disease,” Dr. Appleby said.

Appleby said lately she has been hearing about Covid-19 parties.

“Someone will be diagnosed with the disease and they’ll have a party to invite their friends over to see if they can beat the disease,” Dr. Appleby said.

She said some young patients don’t realize how sick they really are.

Appleby said if you are not feeling well, have a high fever, cough and severe muscle aches, you should get help.

“My plea to our community and especially all of our young folks in the community is to take it seriously. Wear your mask,” Appleby said. 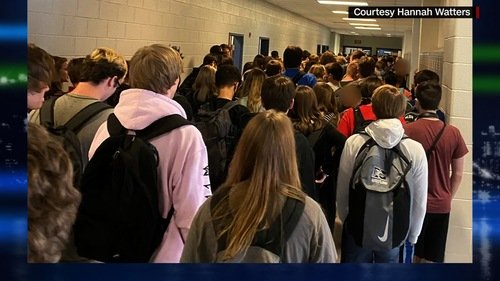