A search party of about 100 people combed through the areas surrounding the University of Portland this weekend, hoping to find anything that might lead to the freshman missing for more than a week.

Owen Klinger, 18, was last seen on October 6. The 6-foot-1-inch student was wearing a light blue hooded sweatshirt, jeans and had a drawstring backpack, police said.

It’s unusual for him to “go more than a day without contacting loved ones,” police said, citing school officials.

His family says Klinger told his roommates he was heading to lacrosse practice, but he didn’t have any of his usual gear with him, CNN affiliate KPTV reported. He never showed up to practice, the affiliate reported, citing the boy’s father.

The student went to a campus ATM and withdrew cash instead, his family said, according to the affiliate.

On Thursday, hundreds gathered at a candlelight vigil to support Klinger and his family.

“We turn to our faith during difficult times like these as we await news about Owen,” the university said in a tweet. “The UP community joins with the Klinger family in prayerful hope for Owen’s safe return.”

Klinger was a good student and seemed happy during his first semester, his mother, Mary Klinger said.

“If there was something we don’t know, that he doesn’t want us to know, that doesn’t matter,” she said, according to the affiliate. “We just love him and want him back.” 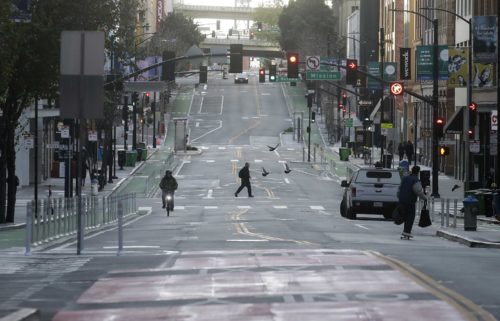