The King of Thailand has stripped his royal consort of her titles, status, and military ranks for being “disloyal,” only three months after she was anointed.

Sineenat Wongvajirapakdi, 34, had been bestowed the title of royal consort on July 28, the first woman to be given the rank in nearly a century.

But an official notice, released Monday by the Thai Royal Household, announced that King Maha Vajiralongkorn had withdrawn all of her royal titles and military ranks for her “ambition” in wanting to be “equivalent with the queen.”

According to the notice, Sineenat had previously attempted to obstruct the King’s wife, Queen Suthida Vajiralongkorn Na Ayudhya from being crowned, and had asked to be appointed to the role instead.

“After her repeated violations and attempted interference with royal affairs, His Majesty the King graciously granted her the title of Royal Noble Consort in July out of hope that Sineenat Wongvajirapakdi would lessen her pressure and change her behavior and acts,” the notice said.

Still, Sineenat “overstepped her authority,” acting without the King’s approval and against royal tradition, the notice said.

“Her actions are considered as disloyal, ungrateful, and ungracious of His Majesty’s kindness,” the notice said. “They caused division among the royal servants and led to misunderstanding among the public. These amount to acts of sabotages against the country and the monarchy.”

Under the King’s orders, Sineenat has now been removed from the position of civil servant within the military, and has had all insignias recalled.

Sineenat was a former army nurse who served in the King’s royal bodyguard unit, and held the military ranking of major general. She spent time in the military undertaking courses in jungle warfare and piloting, according to state broadcaster Thai PBS.

Shortly after she became consort, the Thai Royal Household released rare images of Sineenat and the King. In some images, she is dressed in Thai formal attire sat next to the King. In another, the two are holding hands.

Before becoming crowned King in May, Vajiralongkorn had announced his marriage to Gen. Suthida Vajiralongkorn Na Ayudhya, who had formerly been his royal consort, and declared her queen. It was the fourth marriage for the King, who has two daughters and five sons, only one of whom is officially recognized as a prince. 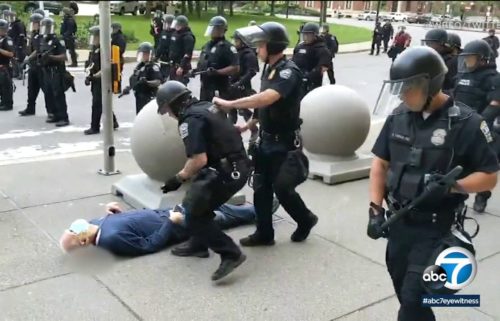