An elderly woman in an SUV snakes through a crowd of young people on Beirut‘s main highway, known as “the Ring.” “You shouldn’t have let her pass!” protester Amir Baroudy, 26, yells at a group of youths, apparently distracted from the task at hand: forcing a road closure.

The demonstrators are scattered around the entrance to the Ring. Some form a circle, sitting cross-legged on the asphalt. One protester rolls a cigarette, another scrolls through his phone. A month ago, the city’s residents would have considered the scene surreal. But since nationwide protests against political elites and corruption took off on October 17, casual gatherings of young men and women disrupting Lebanon‘s main arteries have become the norm.

“This specific place is significant,” says the long-haired, bearded Baroudy. “The Ring was used to divide people during the civil war, and this is the connecting point.” The highway cuts across a former frontline, the “green line” that split predominantly Christian East Beirut from predominantly Muslim West Beirut until the end of the country’s civil war in 1990, laying waste to its central district.

“Now this protest unites people together under one cause, one flag, no political parties, no sectarianism. Everyone’s here together, united on this bridge,” says Baroudy.

In Iraq, protests are also ongoing against government corruption, a lack of basic services and growing unemployment. As in Lebanon, demonstrators there have transformed once heavily policed urban spaces into bastions of dissent. In Baghdad’s al-Tahrir tunnel, men and women take cover from security forces and treat the wounded. Murals cover the tunnel walls.

The heart of old Beirut — a neighborhood normally manned by private security guards — is speckled with clusters of tents where activists meet for lively discussions about their future.

The young lead the charge here. They insist on shaking off political realities they see both as archaic and to blame for a steady decline in their living conditions.

“If you look at the scenes that we’ve seen in (Lebanon’s) Tripoli and Beirut, in Baghdad and Karbala (in Iraq), it’s almost like they’re trying to replicate how they want society to behave,” said analyst and development specialist Hafsa Halawa.

“Whether it’s women who are treating the injured… whether it’s couples proposing, whether it’s people with rainbow flags, these are all indications of what kind of society they want to live in,” she told CNN.

The young at the forefront

Young protesters in Iraq and Lebanon say they are outraged at the perceived arrogance of the political elite. A proposed tax on WhatsApp calls by the Lebanese government exposed a gaping disconnect between the country’s leadership and an increasingly tech-savvy — as well as impoverished — population that has come to rely on free phone calls.

In Iraq, a growing chasm between the political order and younger people (especially those under 25) that formed in the aftermath of the 2003 invasion has caused seething resentment.

“Following the US-led invasion of Iraq in 2003, religious leaders dominated almost every political party. At the time, people accepted these parties and their leaders,” said Iraqi activist Ahmed Salim. “Since that time, we have seen a new generation rising. This generation grew up in times of corruption which led to violence and instability in the country.”

“We also have a degree of awareness that our parents did not have. We are also connected to the world through social media and television,” Salim told CNN.

Protests in Iraq were met with the brute power of the security forces. Over 200 protesters have been killed and thousands injured since the start of the protests, according to the Independent High Commission for Human Rights of Iraq. But the young continued to defy the threat of violence, organizing around places such as al-Tahrir bridge, with young men and women treating the wounded and giving out water, food, hard hats and gas masks to demonstrators facing tear gas.

Dozens of tuk tuk drivers volunteered to help evacuate the injured, as well as to deliver water and food to protesters from people donating them.

“The tuk tuk has become a symbol of the revolution. We even created a ‘Tuk Tuk’ newspaper,” Salim said.

Like the Arab uprisings of 2011, social media has helped galvanize this autumn’s Middle Eastern protests, providing tools for organization, and allowing calls for political renewal to cut across social classes, attracting followers in urban and rural areas alike.

Human rights are key to the protest movement. Even as protesters call for better economic conditions and object to corruption, they insist on transcending religious and class divisions.

The national flags of Iraq and Lebanon have emerged as an unlikely symbol of dissent in these movements. Protesters painted national emblems on their faces and draped flags on their shoulders as they faced off with security forces. A mural at Baghdad’s al-Tahrir tunnel portrays a woman waving the Iraqi flag, with writing that reads: “We want a nation.”

Protesters hold sectarian political systems, which Iraq and Lebanon have in common, accountable for the social barriers that have fueled decades of civil unrest.

“Our protests are unlike protests in the past. Before, protests were a mix of religious groups making political demands,” said Sahar Qassim, a 28-year-old activist in Baghdad. “Now, the protests are political, and religion does not play a role in our demands.”

But amid the displays of unity, some protesters privately worry that they are not sufficiently organized. Political figures, such as Hassan Nasrallah, leader of the Iranian-backed political and militant group Hezbollah, have criticized the movement for being “unclear” about their demands.

The slogans that resonate most loudly are “the people want the downfall of the regime” and “revolution.”

“One of the questions I constantly come back to in looking at both protests, is, you want to renew the political class, where do we even start?” says Halawa.

In Lebanon, a prominent figure in the protests, Charbel Nahas, has repeatedly warned that the country could “slip into violence” in the absence of political organizing.

So far, however, the movements have insisted that they are leaderless. Lists of demands have emerged at protest sites, but many of the calls compete with one another, with few groups presenting themselves as capable of leading their countries into a new phase. “Political parties” is a reviled term to many, who feel it is reminiscent of the heavily factionalized status quo.

Protesters also fear that more political organization may disrupt the “social utopias” of the demonstration sites, Halawa said. Having protesters commit to political plans could potentially divide people, and engaging with the politicians means that the protest movement could become tainted by the wheeling and dealing of politicians. Halawa called it the movement’s “paradox.”

“When the movement becomes political, when it reaches the point when representatives are negotiating on their behalf with the regime, the problem becomes ownership,” she said. “Everybody owns it but you can’t all be in the room at the same time.”

“It is a question of having to sacrifice part of that utopia that is your protest center in order to play the game,” Halawa said. “The game is inherently dirty. That’s politics.” 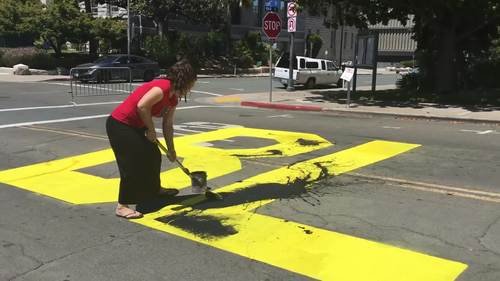