An Oregon city has employed a specialized team to reduce the risk of wildfires– and each member has four hooves.

Forest Grove, a city 25 miles east of Portland, is using a herd of 230 vegetation-eating goats as a tool to thin undergrowth on undeveloped city owned property, urban forest and park property.

The state of Oregon was recently devastated by a series of wildfires that burned more than more than 470,000 acres and caused many to evacuate or lose their homes.

During a wildfire, piled up plant material can act as fuel and increase the chances of catastrophic fires. Managing vegetation near homes, forests or other undeveloped areas lowers the potential for wildfires to spread and makes lives and properties less vulnerable, according to the US Department of the Interior’s office of Wildland Fire.

Forest Grove has hired Healing Hooves to manage vegetation for the past four years.

The livestock arrived for their most recent duty in Forest Grove on Monday and are working to clear almost 14 acres by next Tuesday. Their service cost $800 a day along with tucking and mobilization costs.

Healing Hooves shepherd Craig Madsen has a special interest in using goats for vegetation removal. With more than 25 years of experience in range management, he takes his goats all over the northwest to service cities and private landowners seeking fire or weed control, vegetation removal or consulting.

Once arriving at the site, Madsen lets the goats out of his trailer and guides them with an electric fence to undergrowth that needs thinning out.

Madsen says the goats work in areas that are more challenging for manual laborers to reach.

“They work in areas that are difficult to do,” said Madsen. “Steepness of slope or some other reasons where it’s hard to get equipment into — the goats come in and they don’t mind climbing slopes.”

As for the goats, they aren’t all business. Their curious and playful personalities make them relaxing to watch and serve as an educational tool for inquisitive onlookers, Madsen said. 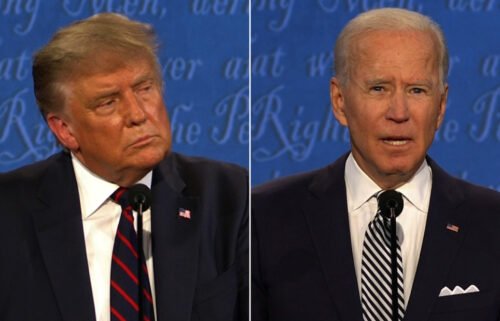