Trump ally Steve Bannon’s game of chicken with the House committee investigating the January 6 Capitol Hill riot is on the cusp of entering a new and critical phase Thursday as he faces his last chance to reverse course and comply with the panel’s subpoena before lawmakers likely move to seek criminal charges.

Bannon’s lawyer on Wednesday wrote a letter to the panel saying that his client will not provide testimony or documents until the committee reaches an agreement with former President Donald Trump over executive privilege or a court weighs in on the matter. “That is an issue between the committee and President Trump’s counsel and Mr. Bannon is not required to respond at this time,” attorney Robert Costello wrote.

The letter doubled down on previous instances in which the former White House adviser made clear he has no intention of appearing for a deposition Thursday as ordered by the committee and essentially dared lawmakers to sue or hold him in criminal contempt earlier this month in response to the subpoena.

If Bannon is a no-show, the committee is expected to immediately begin seeking a referral for criminal contempt after the subpoena deadline passes — essentially making an example of Bannon’s noncompliance as the House seeks more witnesses, sources familiar with the planning told CNN.

While it could take some time before the House sends such a referral to the Department of Justice, the committee could take initial steps within hours of the panel’s stated deadline — which is Thursday — if Bannon refuses to cooperate, the sources added, underscoring the growing sense of urgency around the investigation itself.

CNN reported Wednesday that the committee is unified in its plan to seek criminal charges against those who refuse to comply, and lawmakers have specifically honed in on Bannon while discussing the option publicly.

“The reason why some of these witnesses, people like Steve Bannon, who have been public about their contempt for Congress feel they can get away with it is for four years, they did,” committee member Rep. Adam Schiff told MSNBC on Wednesday.

Schiff, who also chairs the Intelligence Committee, noted that Bannon had refused to cooperate with the House’s Russia investigation during the Trump administration because he “would never be held in contempt.”

“He would never be prosecuted by the Trump Justice Department. But those days are over. And I view that not only as essential to our investigation but I also view this, the enforcement of the rule of law, as an early test of whether our democracy is recovering,” the California Democrat added.

CNN legal analyst Norm Eisen swiftly pushed back on Costello’s letter Wednesday, saying, “It’s just wrong. The letter quotes a case saying ‘the President’ can make executive privilege determinations. But Trump is no longer ‘the President.’ In the United States, we only have one of those at a time, he is Joe Biden, and he has not asserted privilege here.”

Three other Trump allies also face subpoena deadlines this week. Two of them, Trump’s former chief of staff Mark Meadows and former administration official Kash Patel, have been “engaging” with the committee, according to the panel, though it remains unclear if that contact amounts to any form of cooperation. Patel is not expected to appear for his scheduled deposition with the committee on Thursday, multiple sources familiar with the plans tell CNN.

The committee was able only recently to serve Trump’s former deputy chief of staff Dan Scavino a subpoena, a source familiar with the matter told CNN, and his deadline to appear for a deposition has likely been delayed.

As to whether Meadows and Patel will appear before the panel for their depositions later this week, committee member Rep. Stephanie Murphy, a Florida Democrat, said, “My expectation is that they will do the patriotic thing and appear before the committee, and if they don’t have anything to hide, there’s no reason why they won’t show up.”

Bannon has not been cooperating so far and lawmakers took the opportunity ahead of Thursday’s deadline to reiterate that he is obligated to do so.

“Looking forward to Steve Bannon’s deposition tomorrow and receiving all the testimony and evidence we subpoenaed,” select committee member Rep. Jamie Raskin, a Maryland Democrat, said Wednesday in a tweet. “This is a legal order as well as a civic duty to share info about the most sweeping violent attack on Congress since the War of 1812.”

The letter from Bannon’s legal team goes on to say it may be up to the courts to decide whether he is ultimately forced to cooperate — essentially daring the House to sue or hold him in criminal contempt.

“As such, until these issues are resolved, we are unable to respond to your request for documents and testimony,” wrote the lawyer, Robert Costello.

The claim that Bannon could be covered by the former President’s privilege is unusual, because Bannon was not working for the federal government during the period surrounding the January 6 insurrection.

Privilege claims normally apply to close officials around the President and deliberations between government employees, and Bannon was fired from his role as a White House adviser in 2017.

Many legal experts agree with the committee that Bannon, as a private citizen, would have no standing to block a subpoena by claiming executive privilege.

“They’re in a box, in a way,” Stanley Brand, a former House general counsel, said on Wednesday. “Any way they go is a legal donnybrook, potentially that will take time.”

An Environmental Protection Agency official in the Reagan administration was the last person indicted for criminal contempt of Congress. The DC US Attorney’s Office of the Justice Department took eight days from receiving the House’s contempt referral for Rita Lavelle in 1983 to having a grand jury indict her. Lavelle fought the charges to trial, and a jury found her not guilty.

At least one other criminal contempt proceeding predating Lavelle, during the anti-communist McCarthy-era investigations of the 1950s, was overturned by the Supreme Court on appeal. In more recent administrations, the Justice Department has declined to prosecute contempt referrals — though in those situations, Congress has made contempt referrals on members of the sitting president’s administration.

“I’m watching people on TV bloviate about this. They’re going to send [Bannon] to criminal contempt. OK. Fine. That just starts the case,” Brand, who was the House general counsel during Lavelle’s contempt proceedings, told CNN. “There’s a trial. It’s not automatic they’re going to get convicted.”

The criminal contempt approach also is structured to be more of a punishment than an attempt to compel a witness to speak.

“It’s not like civil contempt, where you hold the keys to your jail cell and get released” if a witness agrees to testify, Brand said.

Instead, the House essentially loses control of the case as the Justice Department takes over to prosecute.

“They don’t have any time,” Brand added. “They’ve got to get this done before next year, before there’s an election.” 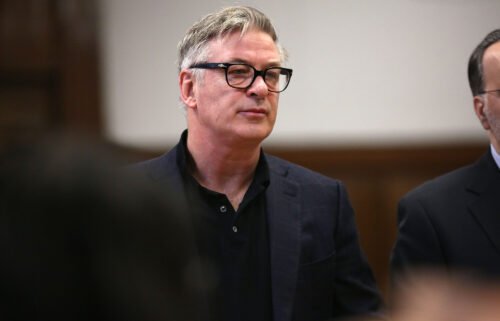