That investigation has revealed a months-long effort to pressure Ukraine to investigate matters that would benefit him politically.

But amid mounting evidence that the scandal threatening Trump’s presidency goes far beyond a single call to Ukraine’s President, Trump is homing in on a narrow set of issues as he builds his defense.

“What I said on the phone call with the Ukrainian President is ‘perfectly’ stated,” Trump tweeted on Monday. “There is no reason to call witnesses to analyze my words and meaning. This is just another Democrat Hoax that I have had to live with from the day I got elected (and before!) Disgraceful!”

Later that morning, he tweeted: “Read the Transcript!”

Contrary to Trump’s claims, testimony in recent weeks by current and former Trump administration officials has corroborated the whistleblower’s key allegations and made clear that there was a broad effort by Trump’s personal attorney Rudy Giuliani and US officials before and after the call to pressure Ukraine into investigating former Vice President Joe Biden and a conspiracy theory related to a hacked Democratic National Committee server.

Several current and former officials have testified that a White House meeting between Trump and Zelensky and frozen US security aid to Ukraine were contingent on Ukraine publicly announcing those investigations.

While Trump asked Zelensky for “a favor” — investigating matters related to the 2016 election as well as Biden’s push for the ouster of a Ukrainian prosecutor — during the phone call, testimony by Trump administration officials has pointed to the existence a far more explicit quid pro quo carried out by Trump’s emissaries.

Instead, the testimony indicates that Trump put the US foreign policy apparatus to work for his political benefit — a far broader and more damaging allegation than any focused on a Trump’s call with Zelensky.

“The American people are just coming into the story right now. Since the vote, people are just now taking this seriously,” Bannon said. “He’s going to distill it down to something that is very simple, easy to comprehend. ‘It’s a perfect phone call. I didn’t do anything wrong.’ “

Trump has all but ignored the mounting allegations, dismissing two members of his administration who testified about the existence of that quid pro quo as “Never Trumpers” and declining to address the substance of the allegations.

Returning to the White House on Sunday, Trump mentioned the whistleblower a dozen times during a 12-minute gaggle with reporters. And his Republican allies on Capitol Hill have continued to focus on process issues with the Democratic-led House impeachment inquiry and are calling for the whistleblower to testify publicly, rather than defend Trump on the substance of the allegations he is facing.

Trump last week even suggested reading the rough transcript of his call with Zelensky during an address to the nation, a sign that the President is confident he can defend his conduct on the call and convince the public that he did nothing wrong.

Trump adviser Kellyanne Conway defended Trump’s conduct on the call during an appearance Sunday on CNN’s “State of the Union.”

“He never mentioned 2020, quid pro quo, holding up aid, Joe Biden, his political rival,” Conway said. “What the President said — you just quoted it, Dana. People are talking about Joe Biden and his son. You’re darn right they were.”

As questions turned to the existence of a quid pro quo involving US security aid, Conway dodged and refused to answer whether a quid pro quo had taken place. Instead, she focused on the outcome.

“What I’m telling you is Ukraine has the aid,” Conway said. “No quid pro quo in this call in terms of the President.” 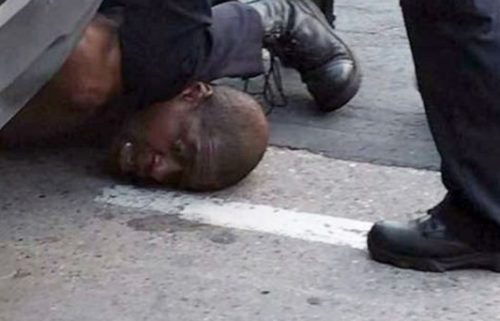