As the House prepares for its first public hearings in the impeachment inquiry against President Donald Trump, the GOP is trying to shift attention back to the whistleblower whose complaint initially prompted the investigation.

The President has not wavered in his attacks against the whistleblower since the beginning of the investigation, continuing to make false claims about the individual on Twitter and at his rallies.

Now, his supporters are joining in.

At a Keep America Great rally this week in Lexington, Kentucky, Sen. Rand Paul urged the media to name the whistleblower, later threatening to do so himself. Paul told CNN on Tuesday that “the whistleblower statute protects the whistleblower from having his name revealed by the Inspector General” but that “no one else is under any legal obligation.”

On ABC’s The View Thursday, the President’s eldest son, Donald Trump Jr., echoed Paul’s stance, saying “it’s only a federal crime for the IG” to out the whistleblower.

This growing discussion raises the question of whether it’s a crime to out a government whistleblower. Turns out, the answer isn’t as simple as it may seem. It depends on who does the unmasking, and the circumstances surrounding it.

It is true no law explicitly prevents anyone, other than the IG and their staff, from revealing the name of a whistleblower. But that doesn’t mean it’s legal.

An outed government whistleblower could certainly lodge a complaint, and depending on the circumstances, it could result in criminal action. At the moment, there is significant debate over the question, since whistleblower protections are largely based on precedent and the current situation has entered some rather uncharted territory.

In 1998, Congress passed the Intelligence Community Whistleblower Protection Act which formalized the process under which whistleblowers from the intelligence community could report complaints to Congress. In 2012, President Barack Obama issued a directive requiring these intelligence community agencies to protect whistleblowers from retaliation. Under these guidelines, whistleblowers are protected from work-related retaliation, including “an appointment, promotion, or performance evaluation, or any other significant change in duties, responsibilities or working conditions.”

Revealing the whistleblower’s name does not clearly fall under one of these categories. However, Robert Litt, former general counsel for the Office of the Director of National Intelligence under Obama, argues it could be considered retaliatory if the individual disclosing the name is also a member of the intelligence community.

Noting that “there is liability for intelligence community employees who retaliate against an intelligence whistleblower,” Litt said, “revealing the name could lead to the claim that you’ve created a hostile work environment and that’s a form of retaliation.”

Given the formal whistleblower protections enshrined in law, Michael German, a former FBI agent and a fellow at the Brennan Center for Justice’s Liberty and National Security Program, said Paul’s statement is “not quite accurate.”

“If the purpose of revealing this alleged whistleblower’s name is retaliatory, then obviously it’s prohibited by law,” German said.

However, even if a whistleblower feels they could make the case they’re facing retaliation, German told CNN “the protections are very weak.”

“If a whistleblower makes a complaint about retaliation, that goes through an internal process,” German said. However, because those viewing the case are part of the same organization as those accused of the retaliatory actions, German said, “it’s hard for whistleblowers to get a fair hearing. It’s a completely closed process.”

Coverage under US Criminal Code

Paul and Trump Jr. have both argued with members of the media that naming the whistleblower is not a crime. Experts note that this situation is largely unprecedented, therefore the answer is not so cut and dried.

For example, if Paul decided to name the whistleblower in Congress, he would be protected from any criminal prosecution under the Speech or Debate Clause.

“Members of Congress are absolutely immune for anything they say on the floor of Congress,” Litt said. “If Rand Paul wants to stand up and disclose the name, even if it’s otherwise unlawful, he’s going to be protected.”

The President would also likely be exempt from criminal charges if he were to out the whistleblower. Litt told CNN, “The Department of Justice historically takes the position that criminal statues don’t apply to the President.”

But Trump Jr. is not covered by the same protections. During Trump Jr.’s appearance on The View, Sunny Hostin, one of the show’s co-hosts and a lawyer, argued outing the whistleblower would be considered a federal crime under Section 1505 of Title 18 of the US code. Pursuant to this code, threats that impede or attempt to influence any congressional inquiry are punishable by fined or imprisonment up to 5 years. If the whistleblower or their prosecutors successfully made the case that these threats to identify the whistleblower impacted the House impeachment inquiry, then Trump Jr. could be charged accordingly.

There are other criminal charges that could also apply, depending on the circumstances. Kohn, Kohn & Colapinto, a whistleblower rights law firm, sent a letter Wednesday to Attorney General William Barr arguing that publicly naming the whistleblower would “constitute a criminal obstruction of justice,” citing another statute in the criminal code.

According to statute 18 USC § 1513(e), “whoever knowingly, with the intent to retaliate, takes any action harmful to any person, including interference with the lawful employment or livelihood of any person, for providing to a law enforcement officer any truthful information relating to the commission or possible commission of any Federal offense, shall be fined under this title or imprisoned not more than 10 years, or both.”

“Whether the witness is a whistleblower or not, any intimidation would be a violation of the obstruction statute. Even though it’s not specific to whistleblowers, it would certainly apply to any congressional investigation where federal employees are sought as witnesses,” German said.

Litt feels the statute’s coverage of the whistleblower is less clear.

According to the Intelligence Identities Protection Act of 1982, the disclosure of a whistleblower’s name could be a criminal offense if it is intentional, unauthorized and “the United States is taking affirmative measures to conceal the covert agent’s foreign intelligence relationship to the United States.” 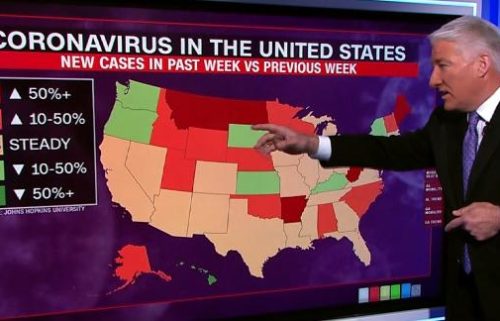 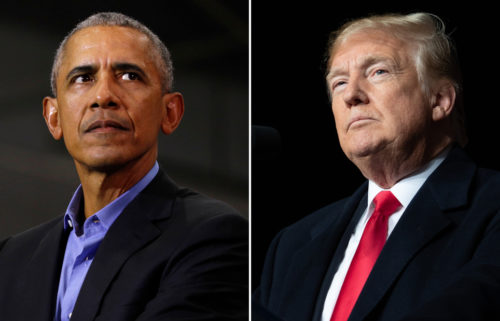