Several states are sending taxpayers money to help them cope with inflation, but some economists warn that the payments will do little to alleviate the pain of rising costs and could further fuel inflation.

In California, for example, about 23 million qualifying taxpayers are expected to receive up to $1,500, with smaller payments going to higher earners. The payments, which are technically tax refunds, will start going out October 7 and are meant “to help address rising costs,” according to Democratic Gov. Gavin Newsom’s office.

In Georgia, taxpayers received up to $500 in one-time tax refunds over the summer.

“As hardworking Georgians face rising inflation caused by failed federal government policies, we are doing what we can to provide relief by returning their money back into their pockets,” said Republican Gov. Brian Kemp in a May statement.

In other places, like Colorado, states are required by law to return excess state revenue to taxpayers. Tax rebates that went out this summer are worth $750 for individual tax filers and $1,500 for joint filers. Labeled as a “Cash Back” program, Democratic Gov. Jared Polis said the state moved up sending the refunds out by about a year “because they need it now,” according to an interview with Colorado Public Radio in August.

For families struggling to pay for gas and other everyday costs, having some extra cash could offer some short-term relief. But economists argue that putting more money into the economy can drive up demand and prices for everyone.

“Handing out dollars in an inflationary environment will only make matters worse by driving prices up further,” wrote Beth Akers, a senior fellow at the American Enterprise Institute, in a blog post last week.

On Friday, the Federal Reserve’s preferred measure of inflation showed that prices are still rising, up 6.2% in August compared to a year ago. The central bank is tasked with keeping inflation under control, which it can do by raising interest rates. Unfortunately, higher rates can create economic pain for Americans by making it more expensive to borrow money. The Fed raised its benchmark rate by three-quarters of a percentage point for the third time in a row earlier this month.

Jason Furman, a Harvard professor and former economic adviser in the Obama administration, has also argued that the payments in California, one of the biggest programs, could contribute to rising prices.

“As such these inflation relief payments will export inflation to the rest of the United States — with some showing up in California too,” Furman tweeted earlier this month.

Still, politicians are eager to sell the payments as a helpful benefit to taxpayers in a midterm election year.

“Unfortunately the stimulus checks are more of a tool to push a political agenda,” said Lucy Dadayan, a senior research associate with the Urban-Brookings Tax Policy Center, where she leads a project on state tax collections.

“The checks could fuel inflation further,” she added.

What’s more, it could put state budgets — many of which are seeing tax revenue growth slowing — in a precarious position this coming year.

“At this rate, I think we are going to see state budget deficits this fiscal year,” Dadayan said. 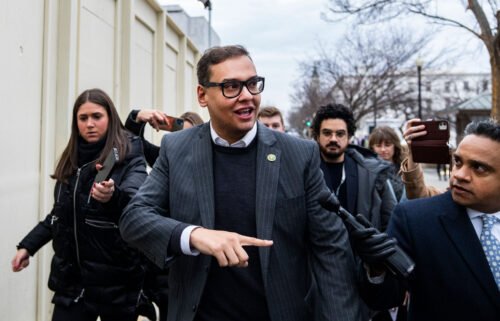