After a short week that somehow felt longer than most, it’s time for this week’s TV OT.

One night this week, I got into the mood for some heavy camp, so I turned on “Death Becomes Her,” the 1992 dark comedy that in no way deserves the cast it ended up having (Meryl Streep, Goldie Hawn, Bruce Willis).

It’s about two perpetually feuding women — Madeline (Streep) and Helen (Hawn) — who enter into an ill-advised contract in an effort to stay young forever.

Twenty-year-old spoiler alert: Madeline steals Helen’s man (Willis) from her, sending her into an emotional spiral. During her darkest moments, Helen is shown to be overweight (with Hawn in a fat suit), living in an apartment with too many cats, binge-eating cake icing in front of the TV, obsessed with the idea of getting even with Madeline. She’s arrested and carted off to an institution.

Yes, the movie is camp, but since fat suits were on the brain this week (see section below), I just couldn’t believe that I’d casually watched this scene for so many years and had no issue with the oh-so-many problematic and damaging messages it was sending.

Then, I started thinking about television, and all those characters that look so different with 2021 goggles on.

There is, of course, Monica Gellar, whose “friends” on “Friends” tease her for being overweight as a teen. The story point is referred to as “fat Monica” and has been fully eviscerated in recent years. I also grew up crushing on fully trash human Zack Morris, whose unflattering qualities have been well chronicled.

Thinking deeper, though, there are so many more, for example:

That’s not even getting into the portrayals that were meant to be groundbreaking but ended up representing mistakes we don’t want to see repeated. Like Maura Pfefferman on “Transparent,” who was at the center of a groundbreaking show but was played by an actor who is not trans. Or Artie Abrams from “Glee,” who used a wheelchair but was played by an actor who does not have a disability.

The good news: Television is doing better. The bad: Mistakes are still being made. The truth: I’m not even sure this paragraph will age well, so all we can do is try and learn from mistakes.

Speaking of portrayals that I don’t think will age well, count me among those who had issues with the first episode of “American Crime Story: Impeachment,” particularly Sarah Paulson’s portrayal of Linda Tripp. It was the fat suit. It was the show’s seemingly constant focus on what the character was eating and consuming — from her morning Slim Fast to her candy-sneaking ways — that went beyond creating a portrait of a woman with self esteem issues into the realm of bullying. It was all of it.

There’s been a lot of good pieces written about the subject this week, but I can’t get over my disappointment. (Tripp’s real-life daughter had no problem with the portrayal.)

In defending herself for taking the part, Emmy-winner Paulson told the LA Times that she takes issue with the idea that “the only thing any actor called upon to play this part would have to offer is their physical self” and called the notion “a real reduction of the offering the actor has to make.” That may be true, but then, I wonder, how does “Crime Story” defend reducing Tripp to her physical self?

TV and film history is riddled with examples of people who didn’t look exactly like the people they portrayed. Have you ever seen the real Maria von Trapp? Or did anyone put Michael C. Hall in fake teeth to play John F. Kennedy? No, because the performances transcended the differences.

I also hear those who say that a plus-sized actress should have played the part, if physical accuracy was so important to producers. Using the excuse that their pick was just better for the part — and no one can argue that Paulson is not an extraordinary talent — sounds a lot like the words said by producers who don’t want to put the leg work into casting people of color — or in this case, an actress who was more physically similar to Tripp.

Some have lauded the show for giving the women in this scandal their voices back, but one episode in, only Monica Lewinsky really sings here. Lewinsky, who is a producer on the show, succeeds in reclaiming her narrative. Otherwise, the show’s visuals are louder than its intentions, leaving it a little starved for grace.

I really liked the trailer for this miniseries, but having watched some episodes, Lowry provides this dispatch: “‘American Rust’ feels like a sort-of sequel to ‘Your Honor,’ in terms of a Showtime miniseries that pairs a strong cast with fairly uninspired material. In the previous case, it was a judge (Bryan Cranston) trying to save his son. Here, it’s a world-weary sheriff (Jeff Daniels, fresh off his turn for the pay network in ‘The Comey Rule‘) who must decide how far he’s willing to go to protect the grown son of the woman (Maura Tierney) that he loves. Only three episodes were made available, so maybe it takes off after that, but for starters, ‘American Rust’ (which premieres Sunday) just sort of grinds along.”

Hungry for some Muhammad Ali content? Why wait, says Lowry. “Ken Burns’ four-part, eight-hour ‘Muhammad Ali’ isn’t due until Sept. 19, and it’s worth the wait. But for those who can’t, Netflix just premiered ‘Blood Brothers: Malcolm X & Muhammad Ali,’ a documentary that focuses on the complicated relationship between the two men, and how Ali distanced himself from the civil-rights activist. The Burns doc covers much of the same material, and follows the 2019 two-parter ‘What’s My Name / Muhammad Ali’ — produced by LeBron James’ company — on HBO Max. Finally, if you haven’t seen it, there’s the (somewhat speculative) movie ‘One Night in Miami,’ directed by Regina King, available on Amazon. As they say, float like a butterfly, stream like a couch potato.”

I’m a millennial who remembers when the MTV Video Music Awards was one of the biggest nights of the year. And while I wouldn’t say the same is still true, it’s safe to assume they’ll notch more viewers than that repeat of “Beat Bobby Flay” airing on the Food Network and fewer than football. With these modest ratings expectations in mind, I modestly present you my hopes for one of the biggest nights of the weekend.

DO: Nods to MTV’s historic 40 years in existence. Hey, Nick Jr. gave us Steve from Blue’s Clues, what if MTV surprised us with Mark, Nina, Alan and Martha? (JJ Jackson passed away in 2004.)

DO: Explain to me what a Machine Gun Kelly is.

DO: Lil Nas X taking advantage of being one of the most anticipated performers of the night (up there with Normani!) and having his Britney Spears with a snake icon moment.

DON’T: Speaking of Spears, let’s not joke about her current court drama. As a wise woman once said, leave Britney alone.

DO: A performance by host Doja Cat’s cat.

DO: Remind people why the MTV VMAs are fun.

This story has been updated to properly identify Cara Cunningham as the maker of the “Leave Britney Alone” viral video. 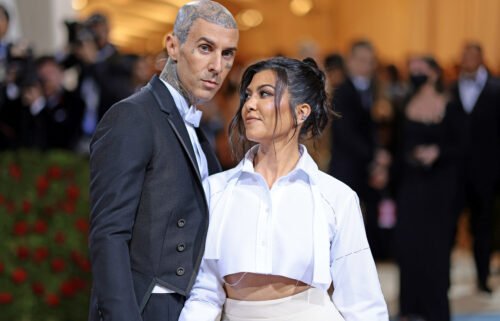 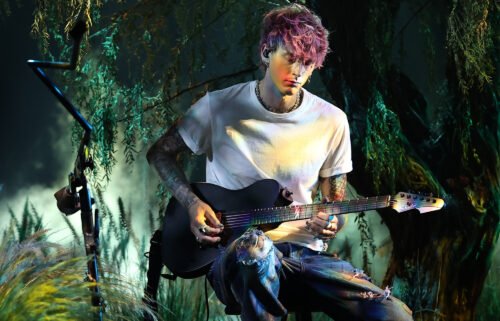 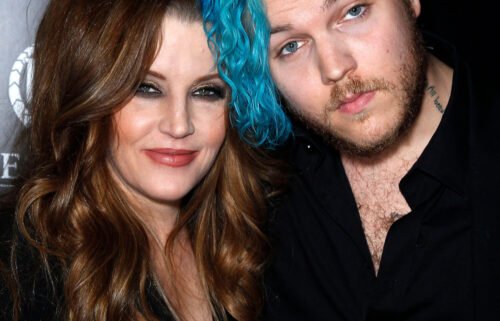