Wildfires raging in the Amazon rainforest are driving a spike in breathing problems and hospitalizations among children in Brazil, according to a new report.

The fires, which have now been burning for months, are posing “a major risk to the health of the population,” said the report, published Wednesday by public health research institute Oswaldo Cruz Foundation.

The fires are releasing greenhouse gases like carbon monoxide and nitrous dioxide, as well as toxic pollutants like fine particulate matter (PM2.5), the report said. While the primary concern has been on their effect on the climate, these gases and pollutants can also aggravate heart disease and cause inflammation, nerve disorders, atherosclerosis, and even cancer.

The microscopic PM2.5 particles are especially dangerous — they’re so small they can lodge deep into the lungs and pass into other organs and the bloodstream. In the short term they can cause inflammation and respiratory problems — in the long term, cancer and heart attacks.

These harmful effects are most visible in Brazil’s “Arc of Deforestation,” in the southern part of the rainforest where most of the burning is happening, the report said. In May and June about 5,000 children were hospitalized each month in this region — twice the expected number.

Cities closest to the fires saw a 36% increase in children’s hospitalizations for respiratory diseases, the report found. Even those who lived a little farther away weren’t safe — the smoke has covered millions of square kilometers (hundreds of thousands of acres), stretching across South America into neighboring countries like Colombia, Peru, Bolivia, and Paraguay.

Children are especially vulnerable because their immune and respiratory systems are still developing — and they spend more time outdoors than adults, increasing their exposure to the toxic fumes, the report said. Physical exercise can increase the amount of pollutants breathed in by five times.

It’s unclear how many total deaths have occurred as a result of the respiratory diseases, as the researchers could only measure deaths of hospitalized children — but those increased from January to July this year compared to the same time period last year in the states of Rodonia, Para, and Mato Grosso, which all lie along the “Arc of Deforestation.”

The study also warned that the hospitalization rates are likely to continue rising, since May and June were still early in the wildfire season. The fires increased dramatically in August, burning at the highest rate since the country’s space research center (INPE) began tracking them in 2013 — but medical data isn’t available past June yet.

This year has seen a massive increase in fires across Brazil, with more than half in the Amazon region, according to INPE — more than an 80% increase compared with the same time last year.

It’s unclear what’s behind the drop, but after the overwhelming international attention in late August, Brazilian President Jair Bolsonaro stepped up firefighting efforts, sending tens of thousands of troops and banning land-clearing fires for 60 days.

The fires are believed to have been nearly all set by humans — cattle ranchers and loggers who want to clear and utilize the land. Environmentalists say these farmers have been emboldened by Bolsonaro’s pro-business rhetoric. Just a few weeks ago, Brazil’s foreign minister spoke in Washington, denying that his country was responsible for the Amazon’s devastation and accusing other countries of trying to “invade Brazil” under the guise of climate change action.

The Oswaldo Cruz Foundation’s report, conducted by Brazilian researchers, pushed back. The greenhouse gas emissions from the Amazon fires have “direct consequences in the climate change phenomenon on local, regional and global levels,” they said.

Before the fires, land conversion and deforestation caused the Amazon to release up to 0.5 billion metric tons of carbon per year, according to the WWF. Depending on the damage from the fires, that release will likely increase, accelerating climate change in turn. 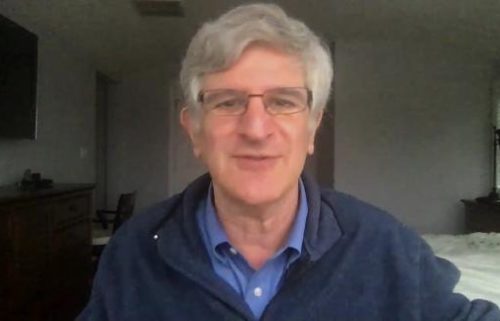