U.S. Border Patrol agents followed a 10-year-old immigrant with cerebral palsy to a Texas hospital and took her into custody after the surgery. She had been brought to the U.S. from Mexico when she was a toddler.

In another case, an armed Border Patrol agent roamed the hallways of an emergency room in Florida, stepping into a room where a woman was taken by ambulance after throwing up and fainting to detain her on an immigration violation.

The presence of immigration authorities is becoming increasingly common at health care facilities around the country, and hospitals are struggling with where to draw the line to protect patients’ rights amid rising immigration enforcement in the Trump administration.

Some doctors say this increased presence could undermine public health in cities with large immigrant populations, frightening patients who need care and prompting them to avoid hospitals.

Normally, Immigration and Customs Enforcement officers and Border Patrol agents enter hospitals when detainees require emergency medical services or specialized care. In many cases, agents escort sick immigrants to the hospital after apprehending them at the border. In some instances, they have detained them after leaving a hospital.

Doctors, lawyers and family members have complained about immigrants being shackled in hospitals and the intrusive presence of uniformed agents in exam rooms during treatment and discussions with physicians about medical care.

The American Medical Association Journal of Ethics devoted its entire January issue to medical care for immigrants who are in the country illegally, including a discussion of whether medical facilities should declare themselves “sanctuary hospitals,” similar to sanctuary cities.

“Our patients should not fear that entering a hospital will result in arrests or deportation. In medical facilities, patients and families should be focused on recovery and their health, not the ramifications of their immigration status,” the association said in a statement.

But Dr. Elisabeth Poorman, a primary care physician at the University of Washington in Seattle, says facilities need to constantly train staff on how to interact with law enforcement and immigrant patients in these situations.

“The ground is constantly shifting. I can tell the patient I am committed to your safety, but in the current administration we cannot tell everyone that they are 100% safe,” she said.

Earlier this year, the agency that oversees Border Patrol said its agents averaged 69 trips to the hospital each day across the country. In the first half of the year, the federal government said Border Patrol agents had spent about 153,000 hours monitoring detained people at hospitals, as more families and children were crossing the border from Mexico. That’s the equivalent of about 20,000 8-hour shifts spent at hospitals.

Hospitals, schools and places of worship are considered “sensitive locations” by a government policy and are generally free from immigration enforcement. But the rule is discretionary and ambiguous when an enforcement action begins before a trip to a hospital or when an immigrant is already in custody.

Health care lawyers and medical associations say providers generally should not allow law enforcement unrestricted access to treatment areas, to comply with the federal Health Insurance Portability and Accountability Act, known as HIPAA. The law protects against improper disclosure of confidential information that may result from offering such access.

But hospitals have yet to come up with a universal set of policies on how medical staff and physicians interact with immigration authorities. Dr. Poorman said she hopes that hospitals start doing more on the issue.

“There is a lack of courage from the hospital systems to really acknowledge what is happening to our patients,” she said. 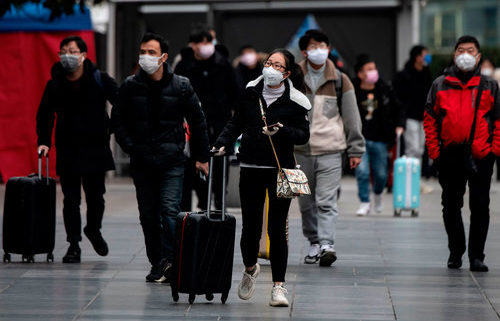